Well, that’s something you don’t see every day.[1] In Louisville, Kentucky, a naked man chased another man down the street while waving a sword. He must have been doing some really good drugs. The victim was running from the suspect, shouting “He’s trying to kill me!” Well, yeah… that’s sort of obvious. 45 year-old James A. Lyvers evidently slipped a cog and into an alternate reality. 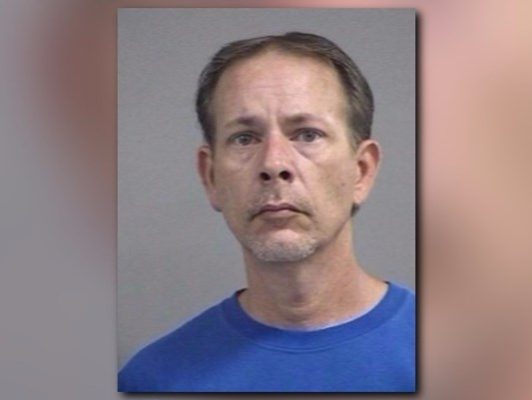 LOUISVILLE, Ky. (WDRB) — Police have arrested a Louisville man after he allegedly assaulted another man with a sword.

According to the arrest report, it happened early Wednesday morning in the 3100 block of south Third Street near Central Avenue. That’s where police say they found the victim running from the suspect, shouting “He’s trying to kill me!”

Police say the suspect, 45-year-old James A. Lyvers, was running naked in the middle of the street and carrying a sword. Police say Lyvers dropped the sword when officers ordered him to, and was arrested without further incident.

The victim was treated for a laceration to his left arm.

Lyvers is charged with one count of felony assault.

The victim’s arm did get sliced, but Lyvers was arrested with no resistance. He’s now booked on felony assault and being held on $5,000 bond. I’m sure a psychological evaluation is in his future as well. I’d really like to know the story behind this one and what led to the naked charge down the street with the sword. I’ll bet it’s a real humdinger. My money is on drugs and/or alcohol. The victim is lucky he still has his head. Lyvers was at least coherent enough to drop the sword when police told him to, or he would be dead right about now as well. Things are getting weird out there.