It’s no surprise[1] that another drug runner/smuggler has just been nabbed on the US/Mexico border. Edgar Veytia is the Attorney General of the state of Nayarit in Mexico. He’s been a bad, bad boy. He’s evidently been running drugs for a very long time. Veytia was just arrested in San Diego with quite a haul… 1,000 kilos of marijuana, five kilos of cocaine, one kilo of heroin and 500 grams of methamphetamine. He’s being charged with conspiracy to manufacture. I’m sure there are other charges forthcoming as well.

Veytia, who is also known as “Diablo,” “Eepp” and “Lic Veytia,” was indicted on charges including international conspiracy to illegally import, manufacture and distribute heroin, methamphetamine, marijuana and cocaine. He’s going away for a long, long time. No diplomatic immunity for this guy. He’s been at this since January 2013. Evidently, the DEA, DHS and the FBI were all involved in bringing this ‘bad hombre’ down. Isn’t it interesting that it didn’t happen under Barack Obama? 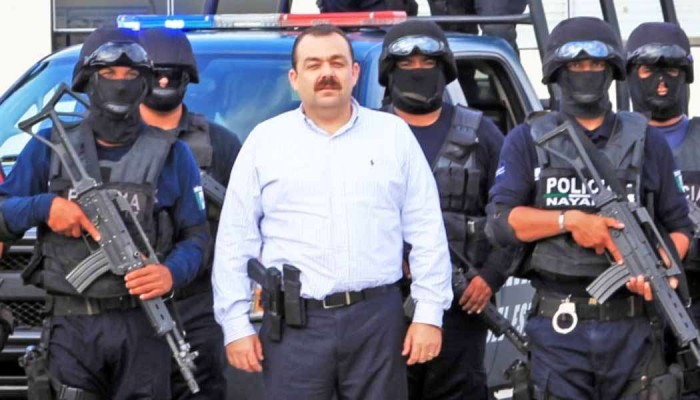 One prominent Mexican official learned the hard way that he isn’t above the law in the U.S., having allegedly operated outside it for quite some time.

Edgar Veytia, 46, attorney general of the state of Nayarit, has been arrested in San Diego[3], Calif., and charged with conspiracy to manufacture cocaine, heroin and methamphetamine and distribute them in the U.S. between January 2013 and February 2017.

The indictment, which was filed in New York[4] earlier in March, states that a minimum of 1,000 kilos of marijuana, five kilos of cocaine, one kilo of heroin and 500 grams of methamphetamine were involved in Veytia’s alleged activities.

A kilo is approximately 2.2 pounds.

A U.S. Customs and Border Protection spokesman said the arrest occurred Monday at the Cross Border Xpress bridge, which connects the Tijuana airport with the U.S.

Following his arrest, Veytia was placed in a federal facility in San Diego awaiting an April 11th hearing to determine whether he will be extradited to New York. The feds were investigating and watching this guy for quite some time before they nailed him. Authorities did say that they snagged him as soon as they could.

Defense attorney Guadalupe Valencia said it was “a brand-new case. No one has any info other than the indictment.” The Mexican media is reporting connections between Veytia and a drug cartel. Big surprise there. A rival cartel allegedly attempted to assassinate him in 2011, approximately two years before he became attorney general. The arrest comes at a time when multiple state officials in Mexico are under investigation for corruption, with two recent governors now being fugitives. The whole government in Mexico is rampantly corrupt. This official though is now in US custody and will face justice here in the US. Told ya illegal immigration was a bad idea guys.