New York Gang Threatens to Storm NYPD Precincts, and Their Plan After That is Insane

Two NYPD officers were executed, but it seems like the violence may only get worse. A New York gang, the Black Guerilla Family, has threatened to storm NYPD precincts and “shoot it out” with them — a threat that the police department investigated and deemed credible. 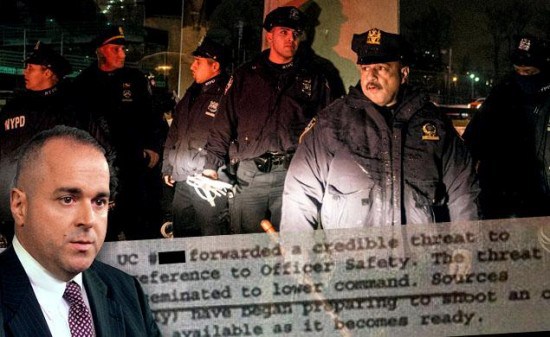 Since the assassination of two NYPD officers on Saturday, police around the country have been on high alert with the growing, and increasingly violent, anti-police sentiment rising up in the country. Anarchist protesters can be heard in numerous cities throughout the country chanting loudly a call for the death of police officers.

In the Big Apple, police officers are on an even higher alert after the gang “Black Guerrilla Family” threatened to storm two precincts located near where Officers Rafael Ramos and Wenjian Liu were assassinated while eating in their patrol cars. The gang has threatened to storm the precincts and ‘shoot it out’ with police.

PIX11News reports that at least one precinct has beefed up its security as a precautionary measure. The Sergeants Benevolent Association has also tweeted a series of information to officers with warnings sounding the alarm to officers of potential dangerous situations.

Mayor DeBlasio has issued weak requests for the violence to stop, but considering how he was previously encouraging the mob’s lawless behavior, it isn’t altogether surprising to hear that they’re ignoring him. As for Al Sharpton, all he can do is complain about how he’s supposedly being threatened now — the lives of police officers that are being threated in New York, of course, don’t matter at all. He can profit off of their deaths, right?