A new disturbing video has been unleashed on the Internet showing the moment police found a man with both hands nailed to a tree[1] located in a wooded area in Albuquerque, New Mexico. I know what your thinking, but I highly doubt that Breaking Bad comes into play here.

The video, which started making its rounds on the Internet on Tuesday, shows police finding the miserable man in a wooded area called the Bosque back in May. It was a city worker who found the man in the wooded area known as the Bosque and he directly notified police about what he had found. 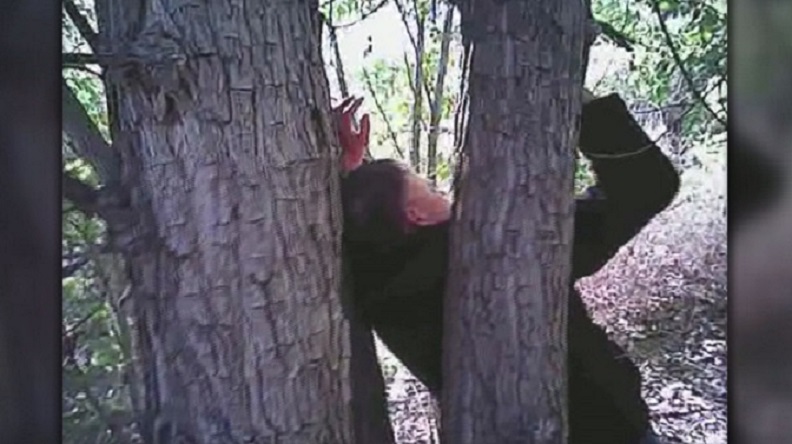 The city worker that found the man described what it felt like and what had happened when he stumbled upon him:

“He kept yelling, ‘Help. Help,’ and so I came and I saw him and I kind of freaked out because I didn’t know if there was any other guys around.”

When the repsonding officer arrived at the scene where Jose Duran had been nailed to a tree, he soon saw that the man was still alive, but as you could imagine, in a lot of pain.

According to one officer:

“Hey, what happened man? Paramedics are on their way okay.”

Duran would not tell the responding police officer who he was, or give his name, but he did manage to confess that it was two men who nailed him to a tree as a ‘threat’ over a real-estate deal he was involved in that didn’t pan out too well.

Rescue workers couldn’t just pull the nails from the tree, but instead spent hours trying to free Duran from the tree before they took him to the hospital.

Police as of today, have no arrests so far, but they have said that they do not believe the violence was any sort of revenge for a crime or some criminal gang. Like I said, don’t expect Breaking Bad.