Liberals frequently claim that there is a national gun violence crisis… and they’re right. Where they’re wrong is in what causes the problem and what the solution to the crisis is. Liberals often want to have onerous gun control restrictions placed in response, but one look at Chicago[1] shows that this is a mistake. 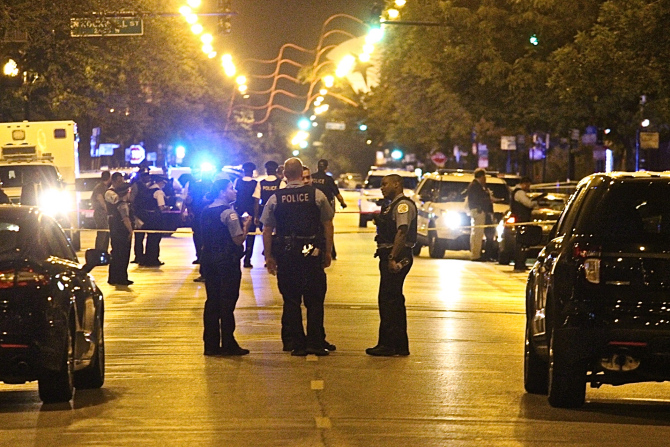 The shootings started Friday afternoon, just before 5:00, when a 21 year-old man was shot and killed in South Chicago. The shootings continued throughout the weekend, across the city, with the latest fatal shooting taking place Sunday afternoon on the West Side. A group of six men were standing around when a Chevrolet Impala pulled up next to them; a group of people exited the vehicle and began shooting. Two people were killed and four were wounded.

Late Sunday night, however, the violence still continued, as a non-fatal shooting took place on the South Side. This time, a 17 year-old boy walking down the street was struck in an apparent drive-by shooting, although his condition is thankfully stable. The previous weekend, 32 people were shot, with three people dying of their wounds. So far this year alone, there have been 146 homicides in Chicago… all despite the strict gun control laws.

When will liberals understand that taking guns away from law-abiding citizens does not prevent gun crimes from happening? All it does is prevent innocent people from being able to defend themselves. Criminals are not going to follow gun laws any more than they follow other laws, so making it difficult for non-criminals solves nothing. Chicago is living proof. Yet liberals ignore it. Could it be they’re really more concerned about government control than they are preventing crime?