How interesting. Obama’s DOJ would apparently like America to just be overrun with criminals who think they can do whatever the heck they want, because, hey, Obama told the cops not to bother chasing them, because we have to reduce police shootings[1]? Hell no: 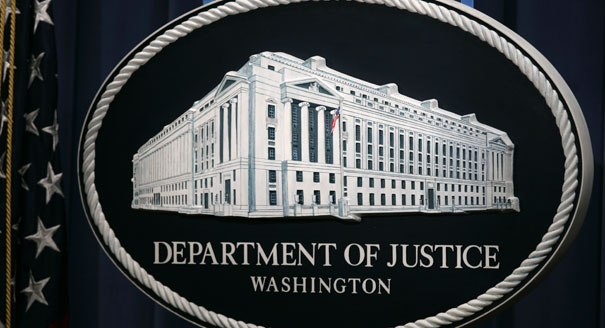 The Washington Post decided to investigate and come up with a tally of all the police involved shootings for 2015, apparently to not only answer the burning demands of the public, but to pick apart the data and draw some conclusions. I was expecting a deafening volume of hyperbole out of this report – and there was enough of it to satisfy some of the base – but when you read past the introduction and the dire warnings of activists, they actually do dredge up some potentially useful data. But right up front they need to start with the shock value clickbait and the ominous forecasts.

In an alley in Denver, police gunned down a 17-year-old girl joyriding in a stolen car. In the backwoods of North Carolina, police opened fire on a gun-wielding moonshiner. And in a high-rise apartment in Birmingham, Ala., police shot an elderly man after his son asked them to make sure he was okay. Douglas Harris, 77, answered the door with a gun.

The three are among at least 385 people shot and killed by police nationwide during the first five months of this year, more than two a day, according to a Washington Post analysis. That is more than twice the rate of fatal police shootings tallied by the federal government over the past decade, a count that officials concede is incomplete.

“These shootings are grossly under­reported,” said Jim Bueermann, a former police chief and president of the Washington-based Police Foundation, a nonprofit organization dedicated to improving law enforcement. “We are never going to reduce the number of police shootings if we don’t begin to accurately track this information.”

Before we get to the numbers, it’s worth noting one side effect of getting the federal government so deeply involved in a media fueled firestorm such as this and trying to lay a heavy hand on local and state law enforcement. A lot of this interaction has been shuffled off to the DOJ’s Community Oriented Policing Services office (COPS) and their chief was quick to chime in for the WaPo article and let everyone know where his priorities lie.

“We have to get beyond what is legal and start focusing on what is preventable. Most are preventable,” said Ronald L. Davis, a former police chief who heads the Justice Department’s Office of Community Oriented Policing Services.

Police “need to stop chasing down suspects, hopping fences and landing on top of someone with a gun,” Davis said. “When they do that, they have no choice but to shoot.”

Those last two sentences really say it all. The DOJ, at this point, is taking an attitude of telling police officers that they are doing something wrong if they are chasing down suspects and hopping fences. This should come as encouraging news to any armed suspects who are considering making a run for it rather than being arrested and brought to justice.

This isn’t how it works, folks. This isn’t how any of this works. Police are there to serve and protect. How are they supposed to do any of those things when they have these false expectations that they should not be chasing criminals? Take a good look around. This, ladies and gents, is what is wrong with America.