Houston officials have reported that Troy Clay Jr.[1] made a phone call to Patricia Morden and outlined the graphic details of a murder he had carried out. The victim was her daughter, the woman he had been dating for about 8 months. 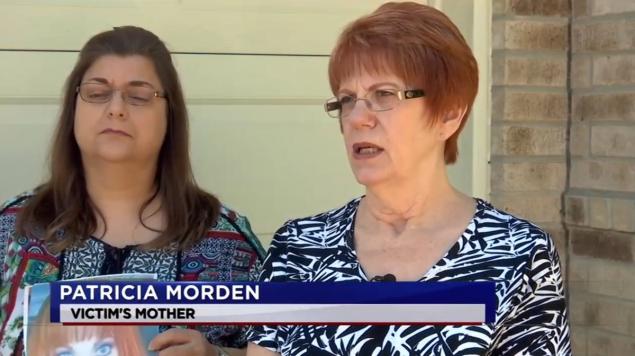 A twisted ex-boyfriend killed his former love and then called her mother to brag about it, Houston officials said.

Patricia Morden received a call on Oct. 10, from Troy Clay Jr., who had been dating her daughter for about eight months. She was preparing dinner for their visit, and was horrified listening as Clay gave graphic details about her daughter’s death, KHOU reported.[4]

He said on the phone that he became enraged when he found her daughter, Melissa, with another man in their apartment the night before, according to court documents. He stabbed her multiple times after losing his temper, in her face, neck and chest, police said.

“She’s dead,” was the last thing Morden heard before Clay hung up. The distressed mother rushed over to her paramedic daughter’s apartment, and found her bloodied corpse in the hallway near the bedroom, with Troy nowhere to be found. He had also stolen her dog, Bandit, cops said.

“Horrifying not to have any clue where he is,” Morden told the local news station. “Because of his obvious state of mind, we have no clue as to what he’s capable of, so we have the grief and we have the fear.”

As Clay fled, he texted a close friend that he only had $250 to get out of town. The messages revealed he was headed for Florida, court records showed. When his friend asked Clay what happened, all the killer wrote back was, “I took care of it.”

The couple were childhood friends, growing up across the street from each other. They began dating after reconnecting on Facebook and living together, according to court documents.

During their time apart, Clay had a long history of violence, his criminal record showed.

In August 2009, he was convicted for attacking his then-girlfriend and her family. He punched, kicked and choked his ex-girlfriend in 2009, court documents revealed. He also assaulted her relative in 2007.

Then, in 2014, he violated a restraining order after harassing and stalking another woman, documents showed.

If you have any idea where this man might be, I urge you to contact the authorities.