Everything about this story makes my blood absolutely boil. As a woman and as someone who is perfectly happy living in a free country where things like this shouldn’t happen, I am enraged that this did in fact happen.

There are very few things that bring out my inner feminist (classical, not whatever is going on in America right now), but this is certainly one of them. You don’t beat a woman (or anyone) for not obeying you. You want obedience? Get a dog. That’s not what women are for, regardless of what your faith or culture believes.

And you certainly don’t call your mommy and daddy to fly out to assault your wife. Who even DOES that? 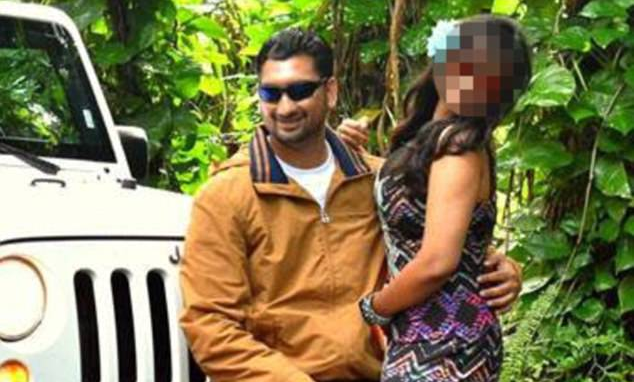 33 year-old Devbir Kalsi called his mommy and daddy to complain about his wife being disobedient. Apparently this was appalling enough to them that they flew from India to Florida, where Kalsi and his wife live, in order to get her back in line.

Silky Gaind, 33, was reportedly locked in her room during the parents’ stay and had her cell phone taken away from her so she could not call police or anyone who could save her.

According to police, Kalsi beat her regularly, but apparently this wasn’t enough to keep her from being disobedient. At that point, he called his parents, Jasbir, 67, and Bhupinder Kalsi, 61, for “counsel and discipline.” On Friday, the young couple got into an argument that resulted in Devbir hitting Gaind “repeatedly and forcefully.” When she tried to defend herself, the man’s parents began beating her as well. At the time she had her young daughter in her arms, who was also struck by the blows. At one point her husband held a knife to her throat and threatened to stab her. The attacks left bruises on the woman’s face, neck and torso.

Luckily, Gaind managed to get a call out to her parents in India, who called her local police force and requested a welfare check, alerting them to the beatings. When the deputies arrived, Kalsi blocked the door while his wife was screaming for help for her and her baby. Officers busted into the house, arresting the man and his parents.

The family is faced with a laundry list of criminal charges. Jasbir and Devbir are looking at charges of false imprisonment, child abuse and denying access to 911, with Devbir facing an additional assault/batter charge. Jasbir is also staring down the business end of aggravated battery with a deadly weapon charge and his wife, Bhupinder, is looking at charges of battery domestic violence and failure to report child abuse.

The three of them could also be deported back to India, but for the moment are being held without bail at the Hillsborough County Jail.

That woman and her child deserved so much better than this and I hope they are able to find that now that her abusers are behind bars.