I’ve said it once and I’ll say it again, some people simply don’t deserve the privilege of having children. While there are couples out there straining to get pregnant and/or adopt, there are pieces of scum like this who abuse their children for the heck of it. It’s an absolute travesty.

Clarissa and Brett Tobiasson are the exact kind of parents I’m talking about. They are disgusting people and sorry excuses for parents. 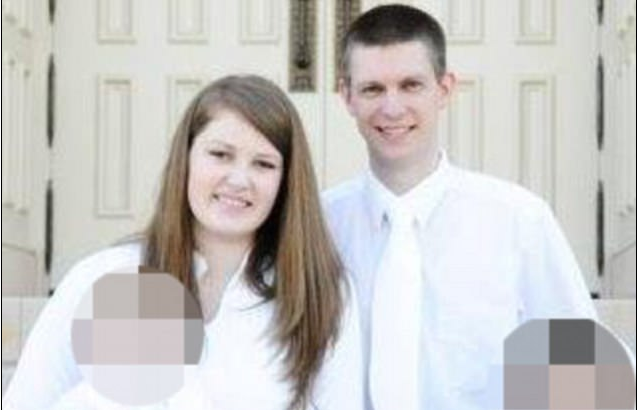 The couple adopted their 5 year-old victim and his biological brother, as well as having their own biological daughter.

They were arrested by the Utah County Sheriff’s Office on suspicion of intentionally inflicting serious physical injury on their adopted son.

According to reports, the young boy told Child Protective Services that his parents would routinely lock him in a 10 foot by 10 foot basement room with no light, food, water or bathroom access. He was forced to hide his bodily waste in a hole in the wall, as they would keep him in there for up to 12 hours a day.

A statement from the sheriff’s office indicates that he was forced to eat a large number of carrots and was required to do so before every meal. If he didn’t finish them in a certain amount of time, he was not allowed to eat the rest of the meal. The parents allegedly punished the boy for eating samples at a grocery store, because he knew he was supposed to eat carrots before his meals.

The doctor who examined the boy after his parents were arrested noted that he had an “orangey” tint to his skin. This was attributed to the amount of carrots he was forced to eat.

The boy told investigators that the basement had mice and spiders, and he was scared to be in there. The floor was covered in mouse feces.