Pentagon Hiding Massive Wave Of Gay Rape In The Military

Evidently, many, many more men are being raped[1] in the military than what the Pentagon is reporting. The Pentagon is embarrassed by the assaults and the men are too humiliated to step forward most of the time. Imagine how these men must feel. The American Psychological Association just came out with a study exposing this. We’re talking about rates 15 times higher than thought before. Because there are more men in the military, more men are raped than women. That’s comforting, except for the rape part that is. And the ‘awareness’ and ‘treatment’ for these victims is secondary to the fact that it should not be happening in the first place. Those caught doing it, in my opinion, should be summarily executed. Just what kind of military are we running anymore? 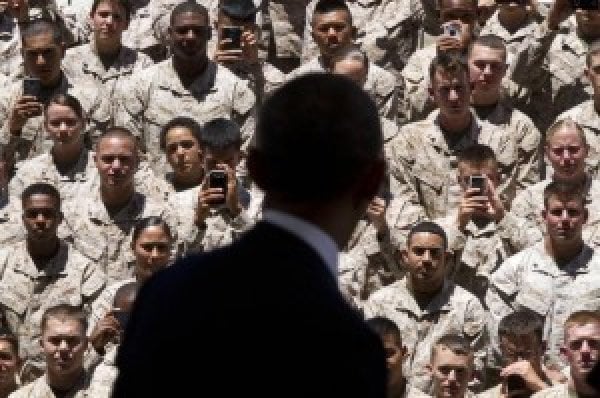 Far more military men are being raped by other men than is reported by the Pentagon because of the stigma attached to such sexual assaults, says a new study by the American Psychological Association.

“Rates of military sexual trauma among men who served in the military may be as much as 15 times higher than has been previously reported, largely because of barriers associated with stigma, beliefs in myths about male rape, and feelings of helplessness,” the APA said in releasing its findings Tuesday.

The Defense Department issues a biannual report on sexual assaults. Based on Internet emailed surveys it found that more men than women, in pure numbers, are sexually assault victims. Women make up about 14.5 percent of the 1.4 million active force.

“We know that there is under reporting among men and women and hope that this special issue will help to bring awareness and treatment for those that serve and protect us,” said the issue’s co-editor, Michi Fu, a clinical practitioner. “I personally wanted to pull together scholarship after hearing of reports of military sexual trauma being so much more prevalent than in the general population.”

Researchers said that even though the Pentagon survey, done most recently by the Rand Corps, is anonymous, men still are reluctant to disclose they were raped. The APA came to this conclusion by surveying a random group of 180 combat veterans, which led them to believe that the sexual assault rate is 15 times higher.

The rapes come at a cost to the men and the nation according to another survey of 2,042 veterans of the Iraq and Afghanistan wars.

“Male veterans who reported being sexually assaulted while serving their country suffered more severe symptoms of PTSD and depression, had higher rates of suicidal thoughts and were more likely to enroll in outpatient mental health treatment than those who were not assaulted,” the researchers found.

If the APA findings are based on one year, then the true number for military men is 210,000 sexual assaults per year.

We don’t need more psychiatrists. We need more structure and accountability within the ranks of the military. We need soldiers who won’t turn a blind eye or deaf ear when a fellow soldier is being brutalized. Obama has done his best to ‘feminize’ the military. To make it weak and soft, so there are many more potential victims that are available for these predators. This reminds me more of a prison than our military. They are making it to where no one will ever want to serve their country again. Then they’ll institute the draft for men and women and force them to serve. That’s coming if we keep going the way we are heading. The numbers are staggering if true. And if this is correct, we are in big, big trouble as a nation. Without a strong, moral military, we will lose on the battlefield.