All for a man[1] who obviously was justifiably shot by a police officer. Minnesota exploded last night with thousands of protesters gathering to condemn a verdict of not-guilty for police officer Jeronimo Yanez in the shooting of PHilando Castile. That shooting went viral because it was videoed on Facebook Live. Black Lives Matter claimed that Castile was executed and the officer killed him in cold blood. There was more than one officer involved in the incident and that is bull crap.

The reason for the upset here[2] is that Castile was black. That’s all this is about… race. That and cop hatred. If you are committing a crime, like say, pulling a gun on a cop… that makes you a criminal. Not all black people are seen as criminals… only those committing a crime. See how that works? Even the black jurors said Officer Yanez was justified in using lethal force here. Juror Dennis Ploussard told the Associated Press that early in jury’s deliberations, the panel of 12 was split 10-2 in favor of acquittal. Though he didn’t identify the two holdouts, he explained to the AP that it wasn’t the jury’s only two black members. 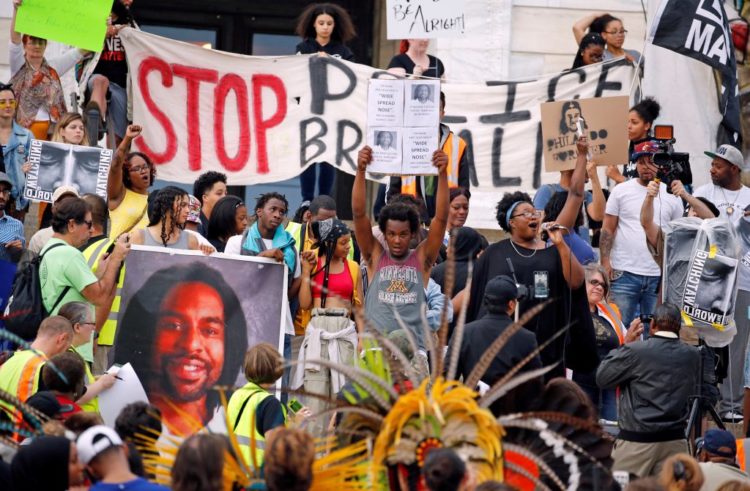 Protests erupted in Minnesota Friday after a local twin cities police officer was found not guilty in a controversial shooting death last year.

Police officer Jeronimo Yanez, who worked in St. Anthony — a suburb of the twin cities — was acquitted Friday on manslaughter charges in the very controversial July 2016 shooting death of Philando Castile, which quickly went viral because it was recorded live on Facebook.

The acquittal comes at a time when police tactics and use of lethal force are under extreme scrutiny. Critics say Yanez’s quick decision to use lethal force against Castile, a black man, represents a systematic problem in American policing, namely that black people are seen as criminals — even if they’re not.

But according to one of the jurors who found Yanez not guilty on Friday, even the jury’s black members said Yanez was legally justified in his decision to use lethal force against Castile.

The jury heavily deliberated the case, but in the end, all agreed that lethal force was indeed justified here. The judge instructed the jurors to determine the level of culpable negligence demonstrated by Yanez in his decision to use lethal force against Castile. “Ramsey County District Court Judge William H. Leary III defined culpable negligence in his jury instructions as “intentional conduct that the defendant may not have intended to be harmful, but that an ordinary and reasonable prudent person would recognize as involving a strong probability of injury to others,” adding the concept includes gross negligence coupled with an element recklessness.”

Yanez was acquitted of second-degree manslaughter and two lesser charges of endangering the safety of Castile’s girlfriend and young daughter, who were in the car when Castile was shot and killed. The makeup of the jury included seven men and five women. They began deliberations following closing arguments on Monday. And then the protests and riots began. Evidently, because if you are black you should get pardoned for any crime. Not.

Chalked on the sidewalk outside the governor's official residence. #PhilandoCastile[6] pic.twitter.com/OywJ4BFANN[7] 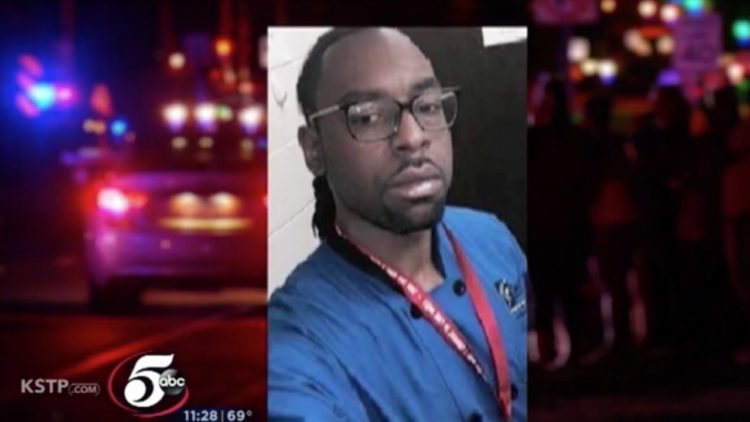