A police officer in Philadelphia[1] was ambushed last night at about 11:30 pm by a man in his 30’s. He was shot at point blank range three times in the arm. The officer is being treated and will make it. He was in his cruiser when the man walked towards the car and started shooting at him. He shot 13 times into the cruiser window. It is a miracle that the officer was not killed. The officer returned fire hitting the suspect who tried to flee. The shooter was apprehended by other officers and the weapon he used was recovered. 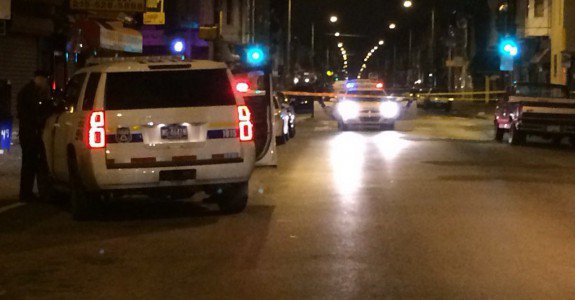 The suspect said he shot the officer “in the name of Islam.” 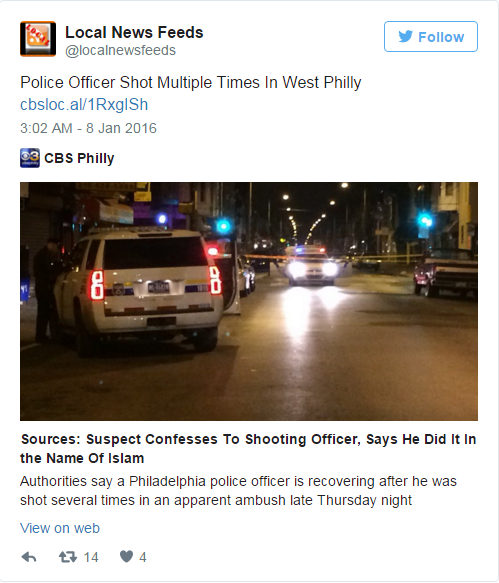 The Police Commissioner said this was absolutely one of the scariest things you’ll ever see. They caught it on the officer’s dash cam. The guy tried to execute this cop. Thankfully, he failed. Next time, they may not. Officer Jesse Hartnett never expected this to happen and was shocked at the brazenness of the attack. The attacker gave a full confession saying that he did it ‘in the name of Islam.’ We are going to see a whole lot more of this and it will get deadlier. This is just the beginning. Sources identify the suspect as Edward Archer. The FBI is now assisting in the investigation.