PICS: Man caught with pants down at elementary school, cops show up laughing

Man, I needed a laugh[1] after the events of this week. This is hysterical! A burglar was attempting to rip off Miles Elementary School in Tucson, Arizona, last Friday. A locksmith saw him breaking into classrooms. I guess he called the police and the perp knew it, because he tried to get the hell out of there. Unfortunately for our would-be robber, his baggy pants got caught on one of the spikes of the iron fence he was climbing over. Next thing you know, our villain is hanging upside down sans pants and showing his underwear in full view. This is the funniest version of ‘hanging man’ I’ve ever seen.

He couldn’t get free either. A man saw the whole thing and took a pic that he posted on Facebook. He was going to help the guy down, but as he came around the block, the police beat him to it. Two cars deep and a number of laughing police arrived on the scene. Talk about embarrassing. Kids, this is one of the many reasons you should not wear baggy pants. They get in the way of your chosen profession… and they are a strong indicator that you are a moron. 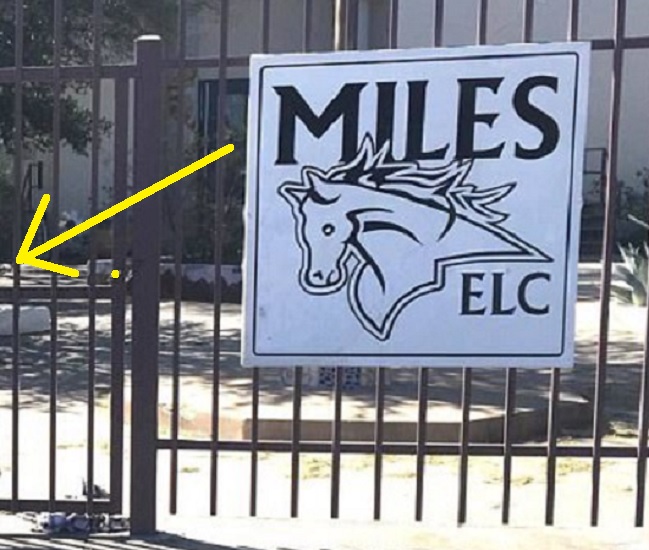 A hilarious photo captured the moment an alleged burglar got caught hanging on a school fence after his baggy pants got stuck on a spike when he tried to escape.

A locksmith claims he witnessed an unidentified man attempting to force his way inside classrooms at Miles Elementary School in Tucson, Arizona, on Friday, according to reports.

When he realized he had been spotted, the alleged burglar attempted to flee the grounds by jumping over an iron fence surrounding the school.

However, his escape didn’t go as planned, as the man’s baggy pants got hooked on a spike and exposed his underwear for the world, and police, to see.

Passerby Jesse Sensibar saw the whole bizarre and amusing incident unfold and snapped the photo of the man hanging upside on the fence, reported ABC 15[3].

He posted the photo to Facebook and said: ‘One more reason not to jump fences in baggy pants. I saw this homie hanging around at the Miles School this morning.

‘I was going to help him off the fence but by the time I got back around the block the cops were rolling up two cars deep.

The intrepid picture taker had this to say, “I don’t know what his story was, but it must not have been good enough, fifteen minutes later when I went back by the other direction going home he was cuffed up in the backseat. He smiled for the camera.” Neither the school or the police have a comment on this yet. They are probably still laughing, I know I am.

Miles is a small school with grades kindergarten through eighth grade. Average enrollment during the school year is 390 students. Average dumbass robbers for this year is one. And he just became infamous in a really bad and funny way. Sometimes life is good. 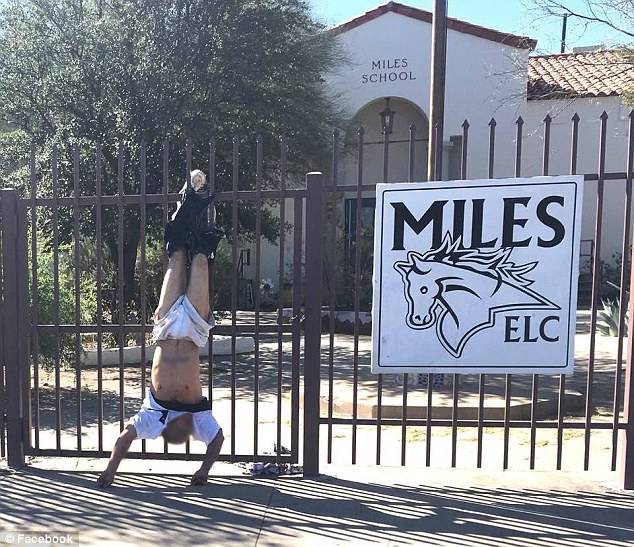 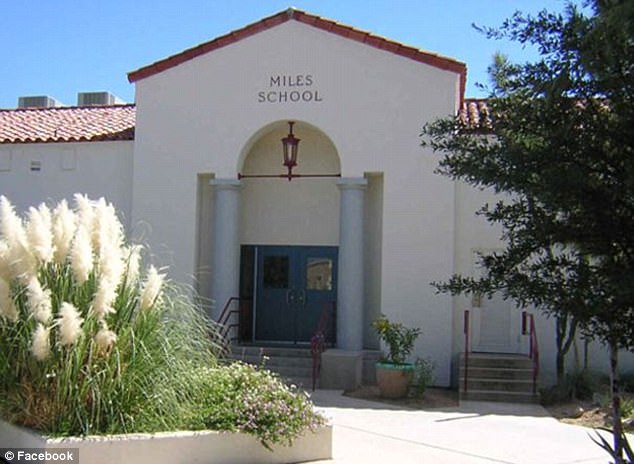