Minnesota police had to deal with more irresponsible and violent thugs late Saturday night on Interstate 94. The police were attacked with rocks[1], fireworks, concrete and glass bottles. About 50 of the violent thug protesters have been arrested and police were treated for their injuries. This unrest is unwarranted, irresponsible and will not cause anything to be fixed. The protesters don’t realize that being violent is NOT the answer, but they don’t care – they’re too busy having fun making Facebook and YouTube videos to care about what really matters.

If Black Lives Matter, then stop being violent and start making a difference by creating a real change. Change starts with yourself. 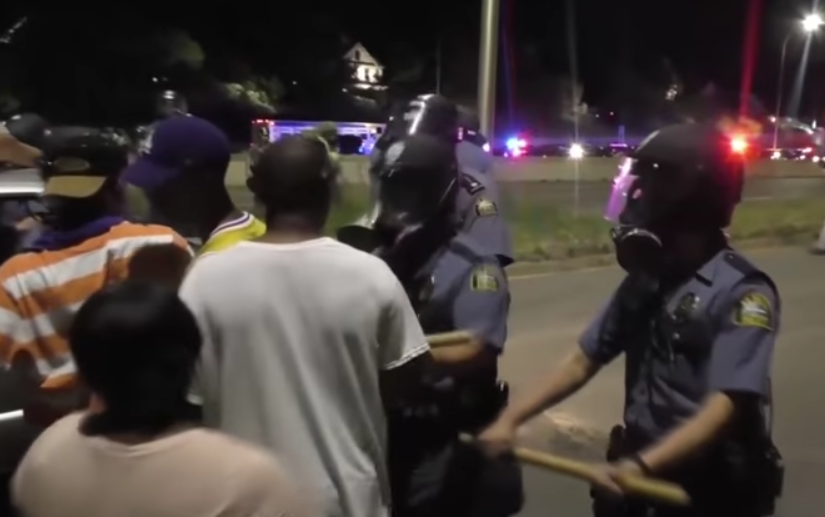 At least five officers were injured by protesters — one hit with a glass bottle and another by fireworks, according to St. Paul police. One was hit on the head with a large piece of concrete, possibly dropped from a bridge, according to police.

Another officer had been hit in the head with a rock, though it is unclear the extent of the injuries.

Police also say a Molotov cocktail was thrown at officers.

Hundreds of Black Lives Matter protesters have been arrested throughout the country amid their violent surge of pointless crime.