The Dar Al-Farooq Islamic Center was the site of an explosion that thankfully managed to avoid injuring anyone. However, it did cause considerable damage to the building, which is located in Bloomington, Minnesota.

One witness claims to have seen a pickup truck driving away not long after the explosion. This in according to the Islamic Center’s executive director, Mohamed Omar. 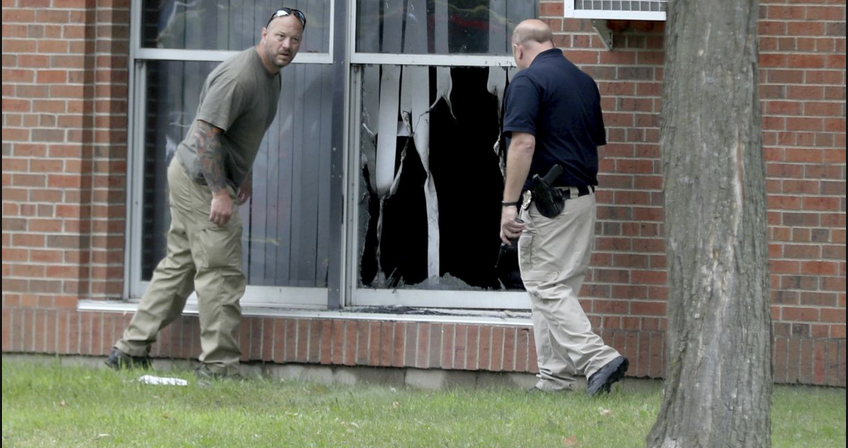 The FBI is investigating the incident and searching for suspects. The blast occurred around 5 am when Muslims were gathering for their morning prayers.

The Mosque itself serves primarily those from the area’s large Somali community and occasionally receives[2] threatening communications.

“We came to this country for the same reason everyone else came here: freedom to worship,” Yasir Abdalrahman, a worshipper at the mosque, told the newspaper. “And that freedom is under threat. Every other American should be insulted by this.”

Some are speculating that this could be a faux hate crime committed by fellow Muslims as a way to gin up sympathy from liberals and progressives, but we have yet to find any evidence of that.

Richard Thornton, special agent in charge of the FBI’s Minneapolis Division, described the device used as an IED, or improvised explosive device. These are commonly used in terror attacks caused by Muslims, such as the Boston Marathon Bombing where two men created bombs out of pressure cookers using directions they found on the Internet.

Thornton also said that investigators have retrieved components from the explosive and are currently attempting to understand how it was put together, though he did not give any further information due to the fact that this is an ongoing investigation.

It’s going to be interesting to see if the FBI can manage to wrangle up some suspects in this case and what their conclusions relating to the IED are going to be. I’m just glad nobody was hurt.