Police Seized $63,530 From Disabled Veteran Because It Was In Grocery Bags

Apparently, the simple act of carrying money in large amounts in your vehicle is enough to have a police officer seize it from you. At least, according to the Eight Circuit Court, all a police officer has to do is take the moola and say it was ‘drug money’. Such is the case of Mark A. Brewer, a disabled vet. Deputy Dave Wintle pulled him over, and what happened next will have your head reeling: 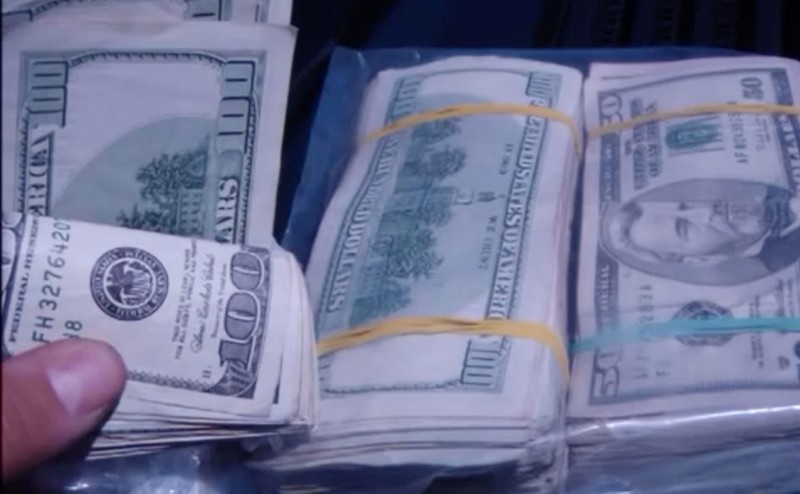 The court refused to return the $63,530 that Deputy Dave Wintle seized from a disabled veteran named Mark A. Brewer during a traffic stop in 2011. Brewer was never charged with a crime or even given a traffic ticket. Yet the decorated Air Force veteran lost his savings when a drug-sniffing dog smelled marijuana on it, even though no cannabis was found in Brewer’s car or his home.

Brewer saved the money from disability payments and his Air Force pay — as documents deputies found in the car indicated. He said he was traveling to Los Angeles to visit his uncle and to use the money as a down payment for a house. He added he was hoping his uncle could help him get a job there.

“The record here does not make clear whether the seized currency constitutes property used to facilitate a drug offense or proceeds from a drug offense,” Judge Bobby E. Shepherd wrote in a March 23 opinion upholding the seizure. “For the purposes of analysis, however, we will assume that the currency facilitated a drug offense and is thus subject to [to be seized].”

It was taken through a legal mechanism called civil forfeiture.

Brewer’s ordeal began when he was driving through Douglas County, Nebraska, outside of Omaha on Interstate 680 in November 2011. Wintle, a Douglas County sheriff’s deputy, pulled him over for not signaling when he made a lane change, and then Wintle asked for permission to search the vehicle.

Wintle had just run a background check on Brewer and found he had “no major violations” on his record when he had the dog search the car. The search was apparently prompted by Wintle’s discovery of $1,000 in cash in Brewer’s pocket. He then found the other money in grocery sacks in a backpack.

Wintle claimed that copies of articles in the car about making hash and weed oil constituted evidence that Brewer was a drug dealer.

“The government provided sufficient circumstantial evidence to support the finding of a substantial connection between the currency and drug activity,” Shepherd wrote.

Among the circumstantial evidence was:
•The money was kept in plastic grocery bags in a backpack in Brewer’s trunk.
•The money was bundled into batches of $1,000 that were kept together by rubber bands.
•Brewer initially told Wintle that he did not have enough money to pay for a motel room and that he was sleeping at rest stops.
•Wintle claimed he smelled marijuana on the backpack.
•The articles.

The federal government initiated seizure against Brewer, who appealed. During a civil trial U.S. Magistrate F.A. Gossett upheld Wintle’s action. Brewer appealed that ruling to the Eighth Circuit Court. Shepherd was part of a three-judge panel that upheld Gossett’s decision.

Wow. There are just not enough words to express my indignation at the way this greedy police officer decided to snarf up this veteran’s life savings. Even with all the ‘evidence’ I just do not see how this man is not entitled to his savings back. It just blows the mind.