It’s one of those nightmare scenarios that no one wants to come home to: your house trashed, without any clue of how or why it happened. That’s exactly what happened to one Seattle couple, but the culprit ended up being far more disturbing than any ghost could have been. 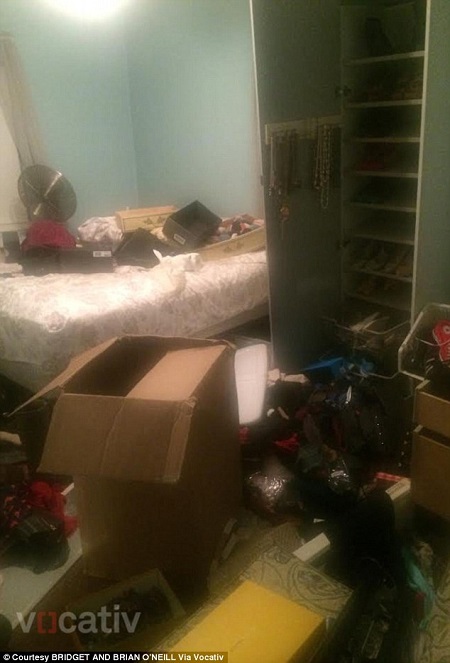 A Seattle couple returned to their apartment late on Wednesday night to find the home completely trashed.

Lotion had been smeared on their doorknobs, a can of paint had been poured in the toilet, the junk mail ripped open, and the soles of 20 pairs of shoes removed.

They called the police, who came to investigate, but nothing had been stolen, leading them to wonder whether something supernatural had occurred.

… The police had found the purse of a 27-year-old woman, and the Bridget, 32, found a woman’s shoes.

As the pair began to clean up the mess, Brian moved the bed slightly to pick up a bracelet on the floor.

He then heard something underneath the mattress.

… The woman had been under the bed – which stands only about a foot from the ground – for at least two hours.

… The woman, who authorities did not identify, told cops that she had been on a ‘meth rampage’ for several days, according to the police report.

… After the woman was arrested, the O’Neill’s found a hypodermic in their bedsheets and locks of the woman’s around the house.

Under the bed was a knife, which she had used to try and deconstruct the box springs.

What’s even crazier is that they felt sorry for this woman, who trashed their home and put their lives in danger. Yes, it is very tragic for someone to be so addicted to drugs that they cannot control their actions — but how much damage did she need to do for them to understand the situation? If she had stabbed one of them, would they still have pitied her?