PURE EVIL! Mom & Dad Planned To Molest Children BEFORE THEY WERE BORN.

It’s hard to understand how human beings can go this wrong[1]. 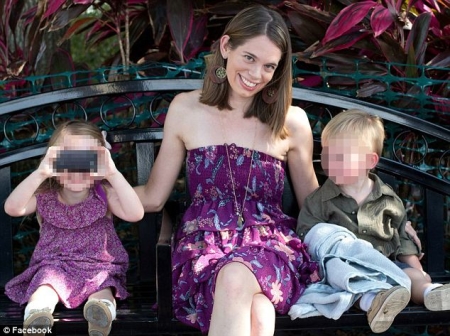 Jonathan Adleta reportedly dreamed of the day he could have “daddy-daughter sex” – and ultimately his dream came to fruition.

According to the Orlando Sentinel, when his then-girlfriend Sarah became pregnant with his daughter, Jonathan Adleta refused to marry her unless she allowed for him to sexually abuse their daughter.

She accepted. If she later had a son, Sarah was expected to have a sexual relationship with him, according to the Orlando Sentinel.

The couple reportedly made sex with their children “part of their parenting plan.”

On Thursday, Jonathan Adleta, 25, was convicted of two-child sex charges and faces up to life in prison. He will be sentenced in December. Sarah Adleta, 29, pled guilty in May to two charges of sexual exploitation of a minor and faces up to 30 years in prison when sentenced next month.

Prosecutors throughout the week described in explicit detail the unconscionable sexual exploitation the Adleta’s daughter and son endured from their own parents.

Sarah Adleta reportedly said when they began dating, in 2008, Jonathan Adleta began showing her sexually graphic stories of fathers having sex with their daughters. She said she initially was unsure of the idea of allowing him to have sex with their child, but caved into the pressure because she was in love with him. They married him in 2010.

…In December, Sarah Adleta said her husband visited for Christmas and again abused his own daughter. He reportedly called her into the room to watch and she did.

Sarah Adleta said her little girl was very “frightened,” but she did not step in to stop the abuse. Because of this, Jonathan Adleta told his ex-wife to find another man to have sex with their daughter so she would become used to the acts. She complied and told jurors she even performed sex acts on her children while her new boyfriend, Aaron Dixon, watched on Skype.

It’s hard to even conceive of a woman agreeing to let a man sexually abuse her daughter as a condition of marrying her. What do you even say about this? The only thing really left to say is that these are evil people, doing evil things and since the death penalty is sadly off the table, I hope these monsters spend as much of their lives as possible in a jail cell for what they did to those children.