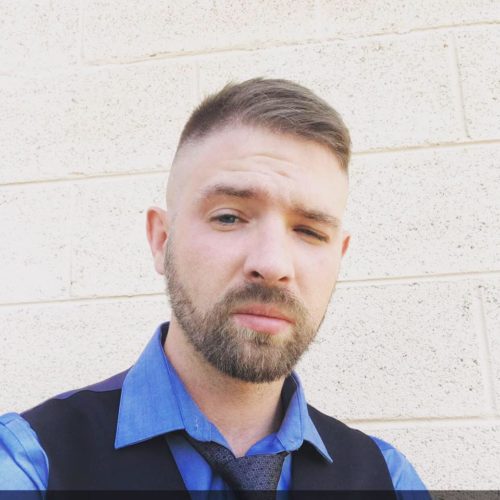 For one Colorado man, a simple trip to the local Steak ‘n Shake in Sheridan turned nightmarish. Joshua[2] Witt had just finished his chiropractic appointment and was headed over to get a shake. As he was attempting to exit his vehicle, he was attacked by a stranger wielding a knife. In Joshua’s own words on Facebook, he said, “So I went to get a shake after the chiropractor and as I got out of my car all I hear is “you one of them neo-nazi?” As the dude was swinging a small pocket knife over my car door …. then he took off running and I was just sitting there in shock like what the heck dude. I have no tattoos that would indicate anything like that. There is nothing on the car that I am aware of that might suggest it. My head is not shaved. I just don’t understand this world anymore lol people are crazy.”

Indeed, Mr. Witt, people do seem to have become unhinged. Too many seem to see a bad guy around every corner. Even people made of granite and bronze have become targets of these paranoid fearful people. Witt and his friends could not figure out how he had been mistaken for a Neo-Nazi and concluded that it must have been his haircut. How can anyone assume that they know a person’s politics or beliefs merely by seeing a haircut? Witt received three stitches for the cuts inflicted by the attacker. And he is considering a change of hairstyle as well.

Clearly too many people out there are not doing well with their mental health and many of them seem to be part of Antifa. It’s pathetic that going to get a shake turns into a bloody knife attack. It is time to ratchet back the hate and the suspicion and the fear. If you know someone who is struggling with these fears, get them some help. People like Mr. Witt shouldn’t have to deal with being stabbed.