He Raped a Girl… So He Could BE LIKE HIS FATHER

There is plenty of speculation as to why people rape, but doing it to be like a parent is definitely a new excuse. But that’s exactly what one rapist did. 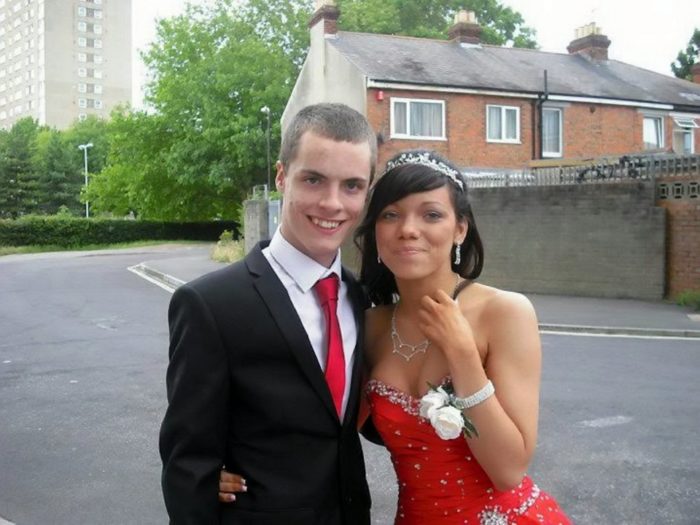 A young mother has revealed she was repeatedly raped by a boyfriend who boasted he was copying his sex attacker father and told her: ‘Dad did it so I have done it now.’

Bethany Hazell, 21, suffered three sex attacks at the hands of James Hunt when she was just 15 and 16, including one that left her pregnant.

Miss Hazell, who has waived her right to anonymity to tell her story, said Hunt raped her and then told her: ‘Like father like son’.

Hunt, 21, was jailed for eight years in 2013 for the attacks – and raping another woman – after boasting of his crimes to a friend who was a PCSO.

His father Neil Hunt, 47, who was jailed for 12 years raping a woman on the street.

He sprang from his car, threw her to the ground and violently raped her before driving home and slipping into bed beside wife Heather.

His son, then 12, watched TV reports of the trial at Winchester Crown Court which ended in his dad’s conviction in July 2007.

Bethany, 21, of Cosham, Portsmouth, is now bringing up daughter Teagan-Hope, three, she had as a result of the second rape.

She said: ‘It looks like he is proud that he is like his dad. It’s like he thinks it’s a cool thing. It just makes me feel so sick. It is disgusting..’

… Six months into the relationship Hunt committed the first rape when he demanded sex for the first time and she said she wasn’t ready.

He ignored her protests and pinned her down and repeated the crime ten months later.

The third rape happened at her family home when Bethany was 20 weeks pregnant – while her parents were downstairs.

Bethany, who has waived her anonymity, said: ‘James isn’t bothered by what he’s done. He was like, ‘Oh well, dad did it so I have done it now.’

‘He is even using it to flirt with people, in a twisted way.

‘I saw a conversation between him and a girl and he said, ‘Oh no, you won’t be interested in me because I’ve done a terrible thing.’

‘At the time when it was happening he seemed genuinely remorseful but from his comments now, it looks like he is proud that he is like his dad.’

… Hunt and his father have recently got back in touch and now Hunt’s mother – who has forgiven her son – wants them to meet her little girl.

His mother Heather was recently refused access to Bethany’s daughter by a court.

Bethany claims Heather Hunt has been secretly passing Hunt photos of the little girl and Hunt has written to Bethany from prison cell, begging to see her.

Bethany, who is bringing up her daughter at her parents’ home, said she has suffered from post-natal depression, anxiety and PTSD since her relationship with Hunt.

She said: ‘I find it difficult to trust people. If someone close to you can do something like this, what can someone who doesn’t know you do?

‘It has ruined my life in a way. I had to grow up so quickly.’

Bethany eventually left Hunt in November 2012 when her daughter was a baby because she feared he might turn on the little girl.

He was arrested three months later after boasting of his crimes to a PCSO mate who told his superiors.

He was charged with four counts of rape – three against Bethany and one relating to a second girl.

He pleaded guilty and was jailed for eight years at Portsmouth Crown Court in October 2013.

Between the father being a rapist and the mother overlooking the crimes of both men, it’s disturbing to think about what kind of childhood this man had. Good for this woman, though, for being brave enough to keep her child, and to leave the abusive relationship.