Letters sent to Barack Obama and U.S. Sen. Roger Wicker, R-Miss both came up positive for the deadly poison ricin in preliminary tests. Further testing has been done on the letter sent to Roger Wicker and it has now definitively being said to contain ricin. 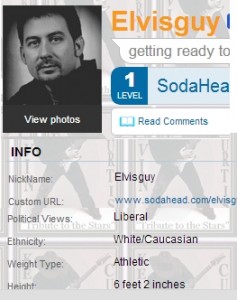 [1] The man who was apprehended for sending the letters is liberal Elvis impersonator Kevin Curtis. As you can see from his Sodahead account[2], he lists his political affiliation as liberal.

Intriguingly enough, Curtis has apparently met Wicker in person and he notes at Sodahead that he didn’t vote for Barack Obama.

Additionally, this Tuesday Facebook post by Curtis, which went along with a gory Boston bombing picture, seems a bit more ominous in light of the fact that he’s being accused of sending ricin to elected officials (Emphasis mine).

Do you think we like to post this images, HELL NO! We hated it brings back flash backs of our tours in Iraq and Afghanistan, but this images are needed, because the Kim kardashian world you live in is NOT REAL, THIS IS REAL! This is WAR!! Our own government weather intentionally or lack of responsibility has made this happen and we are the victims. Is time to come together and wake the F*CK up and remove the domestic enemies from our house so we can secure our boarders, secure our people and start being AMERICANS once again! Some were saying the man who lost his legs was a fake prop, well here the man again, and this is as REAL as it can be. WAKE THE F*CK UP!! 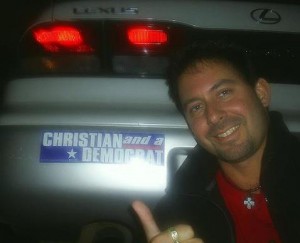 Of course, Kevin Curtis is innocent until proven guilty in a court of law, but until that time comes, let the record show that the man charged isn’t a Tea Party member, he’s a LIBERAL.