Thirty one year old Brandon Alexander Perez probably thought he had an easy mark when he went after a 72 year old grandmother and her 85 year old, wheelchair-bound WWII vet husband. Unfortunately for him, he thought wrong[1]. 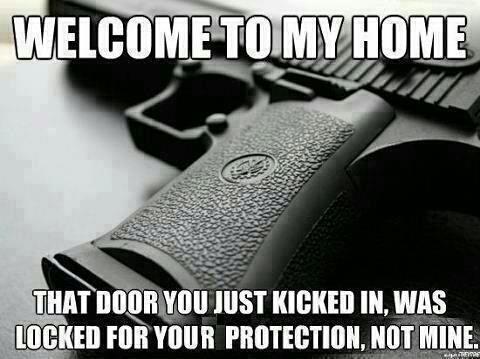 A 72-year-old Southern California grandmother who shot at – and narrowly missed – a man trying to break into her home said Tuesday she was shocked at the attention her action was getting but does not regret defending herself and her husband, an 85-year-old World War II veteran who uses a wheelchair.

Jan Cooper, of Anaheim, fired one shot from her .357-magnum Smith & Wesson revolver around 12:30 a.m. Sunday as a man attempted to break into her home.

…The suspect, 31-year-old Brandon Alexander Perez, was not hit and was arrested a short while later by responding deputies, who heard the gunshot, said Jim Amormino, spokesman for the Orange County Sheriff’s Department.

…Cooper said she is amazed by the anger in her voice – and the curse word she let fly – after she fired the shot.

“I am a Christian woman and I’m very proud of it and I don’t curse but after I shot, rage took hold and I just blasted away,” she said. “And, in fact, afterwards my husband said, ‘I’ve never heard you talk like that!'”

If that grandmother hadn’t been armed, this story might have ended with her blood and her husband’s smeared all over the house. Instead, the thug was so terrified he ended up apologizing and using the word “ma’am.” Thank you, 2nd Amendment; thank you.