When dozens of inmates in Arizona’s Maricopa County jail: defaced the American flag, justice was swift and unsavory –: bread and water: for a week. 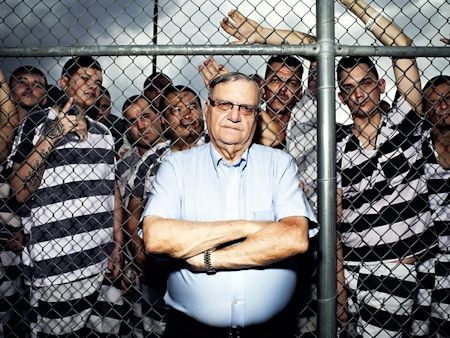 Outspoken, no-nonsense Sheriff Joe Arpaio placed the flags in jail cells two months ago, along with a stern: warning: Deface the flags and live on a diet of bread and water for a week.

This was all a part of Arpaio’s effort to instill a sense of patriotism within the inmates. What he got instead, from 38 of them anyway, was disrespect, according to: CNN.

“These inmates have destroyed the American flag that was placed in their cells,” Arpaio said. “Tearing them, writing on them, stepping on them, throwing them in the toilet, trash or wherever they feel. It’s a disgrace … this is government property that they are destroying, and we will take action against those who act this way.”

They can’t say they weren’t warned.

In addition to displaying Old Glory in the county jail cells, inmates wake up each morning to the “Star Spangled Banner,” and go to bed every night to the strains of “God Bless America.”

Arpaio’s tough, headline-grabbing punishments have earned him diehard supporters and fiery opponents along the way.

He’s issued pink underwear to the men detained in the county’s jails and said he is saving taxpayers money by removing salt and pepper from prison meals.

Arpaio also has a history of hiring returning veterans. The sheriff’s office currently employs 600-plus former military service members, and is pushing to hire even more.

“Sheriff Arpaio is a Korean War veteran and a big patriot,” Chrisopher Hegstrom, a spokesman for the Sheriff’s Office said.