Just when you think that Obama’s America can’t get any more rotten, some disrespecting little punk kids who need to get ‘spanked’ pull a number like this. It really ticks me off. 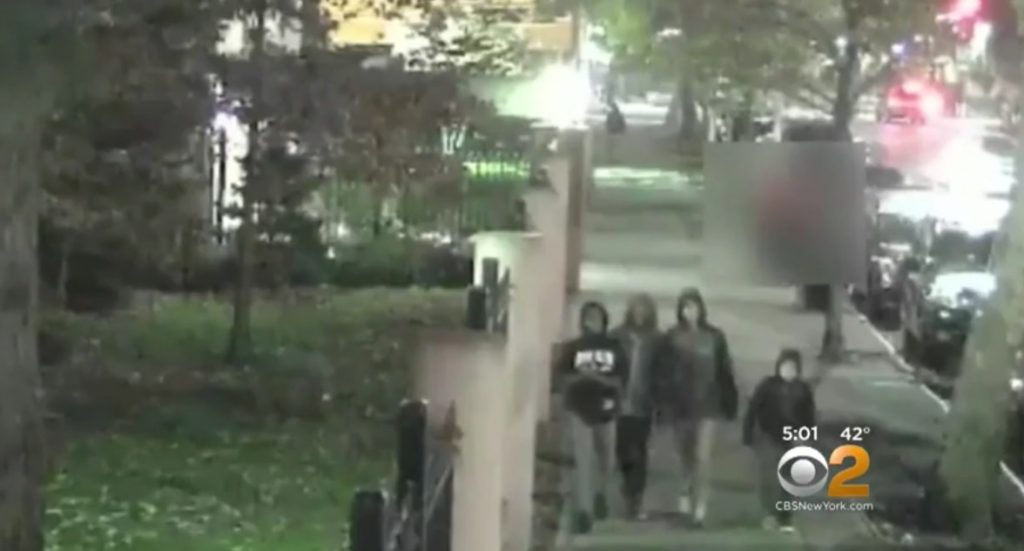 We’re talking 12 year-olds and a possible 8 year-old boy… totaling 4 of them, who were out past midnight one night and decided they would jump an unsuspecting 30 year-old man.

Police reported that these 4 kids took part in a violent crime against this man and surveillance footage shows the four young suspects who are being accused of robbing and jumping the man, walking down the streets of Brooklyn after midnight without a care in the world.

The fact that they are so young is shocking many in the neighborhood[2].

Police say these four kids were 2 boys between the ages of 12 and 14, one girl, who was also between the same ages, and then a boy who appears to be 8 or 9 years-old.

They approached the man and immediately demanded his phone… then took no time in taking a swing at him and continued to punch him then threw him to the ground before they took off with the man’s laptop, headphones and a library book.

“My son can’t be in the street at 12 o’clock and be in the house, and he’s 14.” Gabriel Alfredo said, “Maybe their parents don’t care about the kids.”

“I think that’s horrible, and I think the kids today, the parents need to actually have more control over them. Because that’s ridiculous, that’s their elder, and they should respect him and that should not happen,” Gylen Bryant said.

“It bugs me because I’m not a parent, but I’m about to be one and I wouldn’t want my kid outside at 8 years-old at 12:30 at night. They have to get caught and they have to deal with the consequences. ” one man told 1010 WINS’ Glenn Schuck. “You’re not gonna put them in jail, but they have to be taught a lesson 100 percent.”

These young suspects are still at large and police are looking for any information to help in the search.

I hope these kids are caught and brought to justice. If they do not face the consequences of their actions now while they are still in their youth, they will be facing adult consequences soon enough…

Curious though, where are their parents?