Dozens of people watched a 15 year-old girl get raped on Facebook Live – and it seems like literally no one called the cops. America was stunned to hear of this horrible rape crime and even more shocked when they learned that people watched without trying to help stop the terrible event from happening.

In an update to that awful crime, the Chicago police have arrested a 14 year-old boy for his connection with the sexual assault[1] that was shown LIVE to people on Facebook. Since when are 14 year-olds raping people? What is going on in Chicago that this is what teens are doing now? He’s facing a plethora of charges and his life is essentially over. If he’s released early for this heinous crime, I’ll be shocked and disappointed in the justice system.  You can’t let this slide.

I’m sure this boy will face his own rapists in prison. They’re going to love him in the slammer when he drops the soap. A little bit of prison justice will have this boy regretting that night every second of his life. 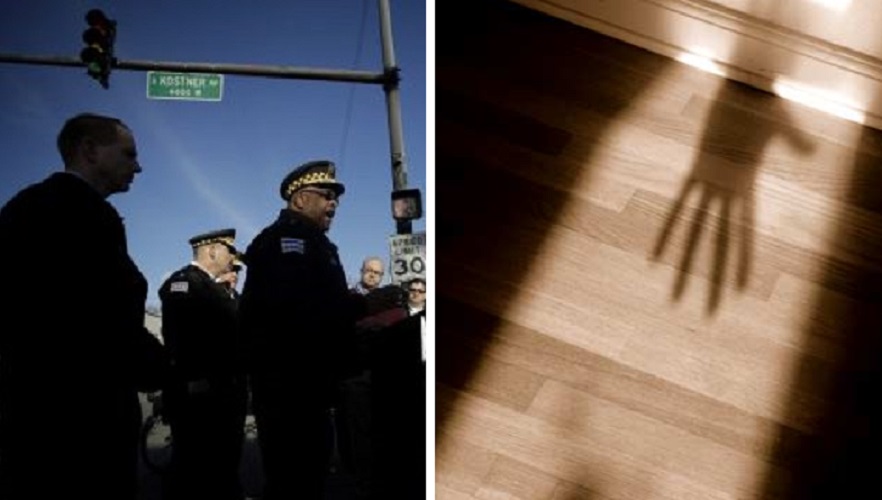 A 14-year-old boy was taken into custody Saturday night in connection with the sexual assault of a 15-year-old girl that was streamed live on Facebook last month.

Chicago Police announced the arrest of the first “of several juvenile offenders” in the assault, Chicago Police spokesman Anthony Guglielmi said on Twitter.

The girl and her family received threats and she was taunted on social media as news of her assault came out, police said.

Feel bad? Nope, I don’t feel bad one moment. This is a violent crime that has deep rooted issues. If you steal a candy bar from a store, then you’re not exactly a bad person. You might just be poor or hungry and can’t afford it, or maybe you’re just a thief. People can forgive that and people can learn how to not act like that. But if you rape someone and have the audacity to broadcast yourself doing it, stupid enough to show yourself committing a horrible act and embarrassing that poor girl at the same time – then you are a broken person and I don’t think there’s enough therapy or rehabilitation that could ever fix that.

We certainly cannot have this person out of jail anytime during his prime and he should be sterilized while in prison. We cannot let this boy have a chance to breed. If he passes on this horrible mentality to his offspring, then he’s just breeding another rapist.

We need all parents to invest in their children and be the best parents they can be. We cannot let this happen to another girl. We cannot let another boy turn into a monster.