Son Kills Mother, Spreads Chutney On Her, Then Eats Her After She Refuses Him Money

The most bizarre and horrific stories[1] seem to come out of India and China. Not that America doesn’t have her own share of murderous freaks, but those two countries seem to have a penchant for evil killers. Sunil Kuchakurni, 35, had a fight with his mother, Yelava, 65. He stabbed her to death because she refused to give him money to buy booze. After stabbing her, he cut out her heart and ‘ate it with pepper and chutney’. What a son.

The guy is an unemployed alcoholic. He killed his mother with a kitchen knife. Oh, and did I mention… he also ate her intestines. Why bother arresting someone like this? He’s psychotic and should be put down like a rabid dog. You can’t rehabilitate evil like that. Neighbors saw him walking out of his mother’s home with blood dripping from his hands. An hour earlier, they heard screams and called the police – I guess they take their time getting to the scene of the crime there. She would have been dead by the time they got there anyway. 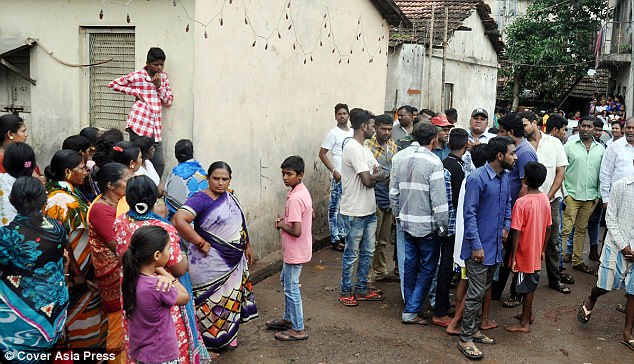 An Indian man stands accused of stabbing his mother to death in a fight over money, before cutting out her heart and eating it ‘with pepper and chutney’.

Sunil Kuchakurni, 35, visited his mother Yelava, 65, at her home in Mahawala Vasant, in Kolhapur, Maharashtra, in northern India to ask her for money.

Sunil, an unemployed alcoholic, became furious when refused cash, and so took his mother’s kitchen knife and stabbed her.

Local police say he then cut out her intestines and her heart and ate the latter after seasoning it with chutney.

Neighbours reportedly spotted him walking out of the house with blood dripping from his hands approximately an hour after they heard screams and informed the police.

He was eventually arrested under section 302 (Punishment for Murder) of the Indian Penal Code later that day.

Senior Inspector Sanjay More, from Shahupuri Police Station, in Kolhapur, said: ‘He was unemployed and surviving on his mother’s pension.

Sunil was eventually caught. He had been living on his mother’s pension. What a scum bag. He would steal money from his mother when she wouldn’t give it to him. His wife and three children moved to Mumbai to get away from this guy. His mother was totally fed up with him and refused to give him more money. That’s when he flew into a murderous rage.

Senior Inspector More said, “Suddenly, in a fit of rage, he gagged her and then stabbed her to death. Later, he took out her heart and placed it on a plate.” Currently, the police are verifying this nut job dined on his mother. “Some parts of her stomach and her heart were extracted and found next to the body along with pepper and chutney when we reached the scene of the crime,” he added. Man, this is just revolting. Just shoot the guy already and be done with it. 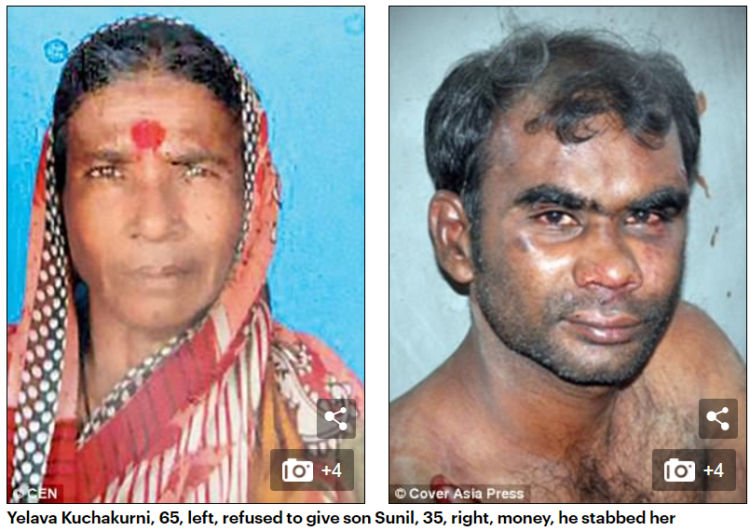 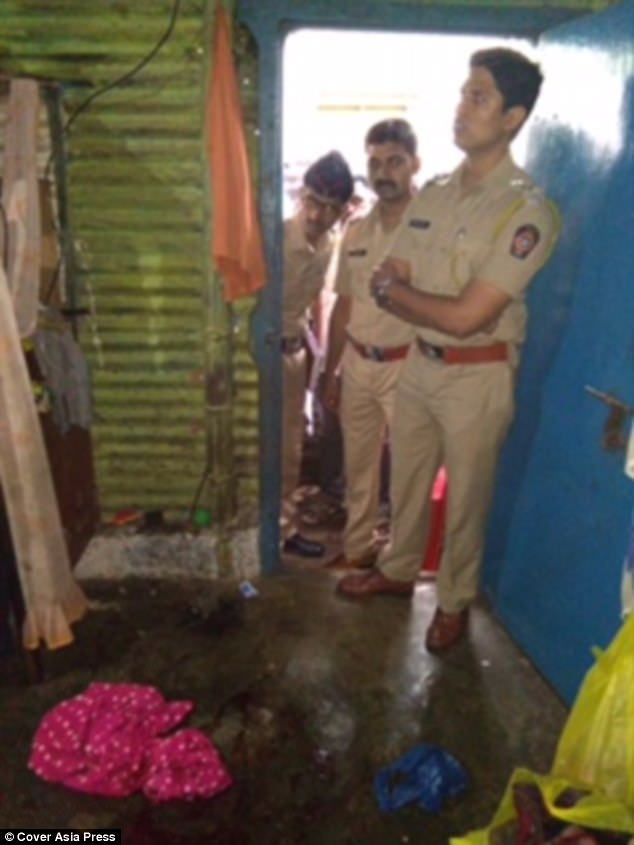