A special education teacher is facing multiple felony charges after she was accused of having sex with at least four underage boys who attended a Pennsylvania high school. This, folks, is what human garbage looks like[1]: 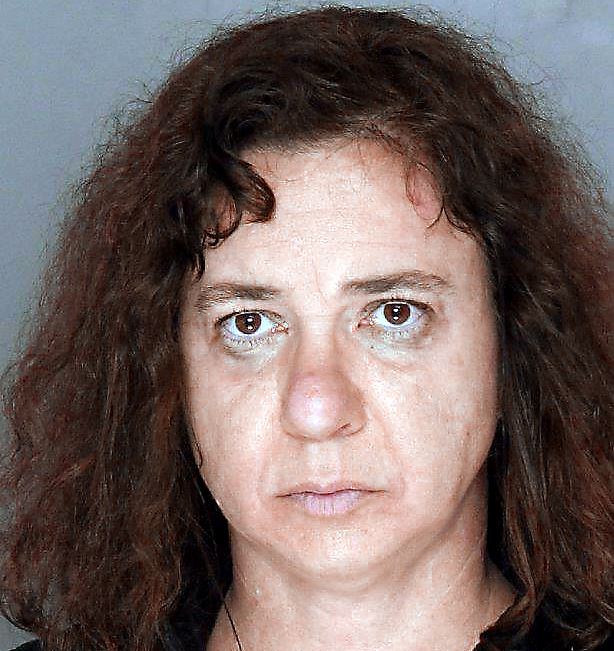 Beginning in February 2012, Michelle Mellinger, 48, engaged in sexual acts on multiple occasions with four male students who attended McKeesport High School where she worked as a paraprofessional, police say.

Authorities were contacted Friday after staff members at the high school overheard students talking about the sexual activity.

The woman allegedly sent text messages to the boys before she would pick them up and take them to a McKeesport resident or her home in White Oak where she would perform oral sex on them and then have sex with them, the Post-Gazette reported.

Allegheny County police filed the charges after police in McKeesport and neighboring White Oak, where some of the sexual activity reportedly occurred, contacted them.

Mellinger has been placed on leave and is denied access to district students and facilities, McKeesport Area School District spokeswoman Kristen Davis said.

‘Our administration takes this matter very seriously and we hold our employees to the highest standards for the protection of our students,’ Ms Davis told the Post-Gazette.

Mellinger’s neighbor said that she is shocked to learn about her arrest.

‘When I saw her face (on the news), I’m like, ‘This can’t be the Michelle who lives here,’ and I’m totally shocked, Paula Whisner, a downstairs neighbor, told WTAE.

‘I’ve seen kids that didn’t live here come in and out. I thought maybe they were visiting her children or some of the other children in the building.

‘But who knows what happens behind those doors. She’s very stoic. She doesn’t have any kind of expression on her face.’

Whisner also said that Mellinger recently told her she shared custody of her children.

According to court records, Mellinger is being held on $50,000 bond and is still in the Allegheny County Jail.

Just disgusting. Let’s hope that this woman is barred from contact with children for the rest of her life, including her own!