After disaster strikes, there are often inspirational stories of people coming together to help their neighbors, undertaking heroic feats to save lives of their fellow humans or of animals. Unfortunately, there are also people who do despicable things during a disaster: looting, for example. But perhaps the worst is what happened in the aftermath of Hurricane Irma to innocent pets. 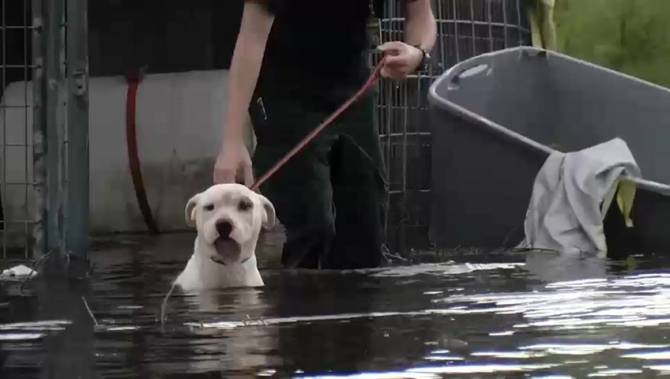 Across Florida and the Caribbean, both ravaged by Hurricane Irma, authorities are struggling to rescue pets left behind to either drown or starve by their heartless owners. In Barbuda, dogs, cats, horses and other livestock were abandoned after the island’s residents evacuated. Volunteers are now trying to help the animals.

Sadly, many of them died. It’s reported that the island reeks from the bodies of dead sheep and goats, killed by the storm after they were left behind to die. The animals that survived the storm were left with nothing to eat and only stagnant standing water to drink, which can be deadly.

Not all the pet owners were happy to leave their animals behind. Barbuda officials forced a mandatory evacuation in advance of the Category 5 storm, with hundreds of people at a time flying out on Venezuelan military planes and still others were taken to Antigua on tourist boats. Many farmers expressed fear for their livestock and for good reason.

Mark Raab is one of multiple volunteers who traveled to the island to help the animals and he took his boat to the island loaded with supplies and food. “The animals are fragile, left pretty much by themselves, and the livestock is many Barbudans’ livelihoods,” he said. “I visited Barbuda just before the storm and it was so beautiful and green; now everything looks brown and dead and there is a terrible stench of decay. The devastation is awful, everything is down, electrical poles were just snapped like toothpicks.”

“They looked scared too; probably traumatized by the storm. But once we had been there a few hours, they perked up and started playing with us,” he added.

Meanwhile, in Florida, dogs and cats were also left behind to die — but without the excuse of not being able to take their livestock on planes or boats. Palm Beach County Animal Care and Control officers have so far rescued over 40 dogs, many of them left behind in crates or tied to poles. So they not only were left behind to die, but they were practically sentenced to death, not even given the chance to fend for themselves or to survive. Palm Beach County is just one example, too; the same crime was committed across the state.

“There is absolutely no excuse for doing that,” agency director Dianne Sauve said. Authorities are promising to find the pet owners and prosecute them. “This is a prime example of animal cruelty,” State Attorney Dave Aronberg said. “We will find you, and we will prosecute you.”