This story is so horrific that your first reaction may be that this isn’t possible in the United States[1]. In fact, it sounds like just the sort of thing that would happen in a primitive dung heap like Pakistan as opposed to California. Yet and still…. 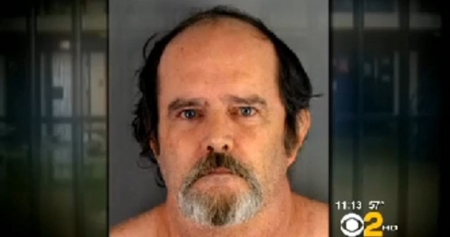 A mother who was forced to pay spousal support to the ex-husband who was convicted of raping her daughter is speaking out to CBS2.

“Every time I wrote that check, I cried because I felt like I was paying the man that raped my daughter,” Carol Abar told CBS2’s Andrea Fujii.

…Carol’s daughter said Abar abused and raped her for 16 years before she told her mother.

Once Carol found out, she filed for divorce from Abar before rape charges were brought against him.

Since Carol made more money than Abar, she was forced to pay alimony–$1,300 a month.

In all, Carol paid $22,000 to Abar until last year, when Abar struck a plea deal and pleaded guilty to one of the five rape charges. He was sentenced to more than a year in jail.

A judge then temporarily stopped the spousal support.

Now out of jail, Abar has filed to reinstate the support, according to Brian Uhl, Carol’s attorney.

“He’s asking not just to resume the existing support of $1,300 a month, but he’s asking for what amounts to approximately $33,000 in past due support and that too is a miscarriage of justice,” said Uhl.

…Under California law, when deciding spousal support, the court will take domestic abuse between couples into consideration, but child abuse is not specifically mentioned in the law.

Since Abar never abused his wife, the judge could rule in his favor, reported Fujii.

So, this piece of garbage raped and threatened a little girl for 16 YEARS, only spent a year in jail for it, and is collecting a paycheck from the mother of the girl he raped. Not only is this guy pure evil, his lawyer is a terrible human being for representing him and this is terribly unjust, even for California. This trash is exploiting a loophole to take advantage of the mother of the girl he raped and if the judge or politicians in that state can find any sort of loophole to stop him from getting another dime, they should do just that.