As a zealous supporter of law enforcement, I believe disgraceful incidents like this are absolutely unacceptable because they undermine faith in law enforcement[1]. 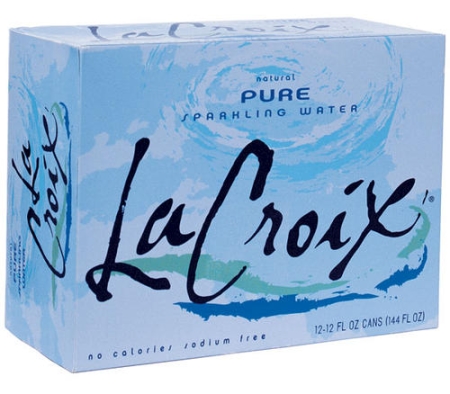 A University of Virginia student spent a night and good part of the next day in jail after seven plain-clothes agents from the state’s Alcoholic Beverage Control division ambushed her.

The student, 20-year-old Elizabeth Daly, made the mistake of walking to her car with bottled water, cookie dough and ice cream in a dark supermarket parking lot near the UVA campus, reports The Daily Progress.

The seven agents sprung aggressively into action, suspecting that the student was carrying was a 12-pack of beer. She was actually carrying a sky-blue carton of LaCroix sparkling water.

It’s not clear what about Daly’s appearance gave the lawmen (and one law woman) the belief that they had probable cause to confront her en masse.

Daly, along with two roommates who were in the car, did what reasonable, unarmed people usually do when violently pounced upon by seven people. They tried to get away.

“They were showing unidentifiable badges after they approached us, but we became frightened, as they were not in anything close to a uniform,” Daly said in a written account, according to The Daily Progress.

“I couldn’t put my windows down unless I started my car, and when I started my car they began yelling to not move the car, not to start the car. They began trying to break the windows. My roommates and I were … terrified,” the student also wrote.

According to court records obtained by the Charlottesville paper, Daly “grazed” two agents with her vehicle. At this time, the records state, the unidentified passenger in the front seat of her SUV was yelling “go, go, go” and simultaneously diving into the back seat.

Once the three students managed to make it out of the parking lot, they called 911. Daly testified that her goal was to drive immediately to a police station. However, she was stopped by a vehicle with identifiable sirens and lights.

…The seven Alcoholic Beverage Control agents were not satisfied. They charged Daly with three felonies: one count of eluding police and two counts of assaulting a law enforcement officer. In Virginia, each of these Class Six felonies carries up to five years in prison and up to $2,500 in fines.

Their behavior was absolutely wrong and Elizabeth Daly would have been perfectly justified in shooting them or running over them with her car. Since that’s the case, charging her with a crime is an egregious abuse of power and someone should pay a price for that at the Alcoholic Beverage Control.

Seven plain clothes agents converging on a woman carrying water, pulling a gun on her, and SHE’S the one who ends up in a jail cell? It’s just inexcusable.