Here is yet another example of a few life failures. The failure portion of this belongs to the so-called parents of a wild pack of teenage girls. These girls had absolutely no class or decency[1] as human beings in them and it shows when they made the choice to gang up on a mother who was attempting to separate her young daughter from these animals.

The little clip reveals the mother, who is in a white shirt, attempting to reason with the girls before trying to get her daughter out of the situation. 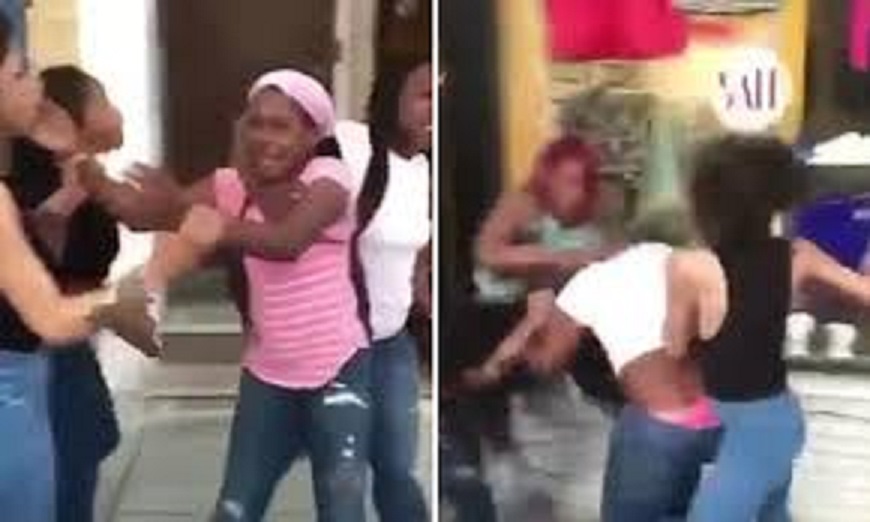 It’s a little difficult to hear through all the screeching and shouting, but she yells: ‘Don’t take it out on her, she’s a child.’

The daughter is wearing a pink shirt and can be seen with a panicked expression on her face as she starts crying. All the while, the sadistic, sorry excuses for women, start to surround them.

She continues to shout as she eventually shoves the mom back to try and provoke her. The mom, spotting half a dozen young men standing nearby, then petitions them to help her and her daughter.

And they do something that in my humble opinion, deserves a firing wall…

Can you believe that? Of course, because that is the character of so many young men today. They want to see a fight and to hell with helping a female, or protecting them. All of them need to shipped off to some Russian gulag, because they are absolutely worthless bags of skin.

The mother is forced to confront the main bully and is soon overwhelmed by the teen scumbag girls, with her shirt being ripped and tiny pathetic fists hitting her, she finally retreats into a nearby shop foe safety… all the while, her daughter can be heard screaming: