Stories of child abuse are horrifying for anyone to read, but one case out of Iowa has people across the country shocked. A teenager died after suffering abuse at the hands of her entire family, but what she weighed[1] shows how horribly treated she actually was. 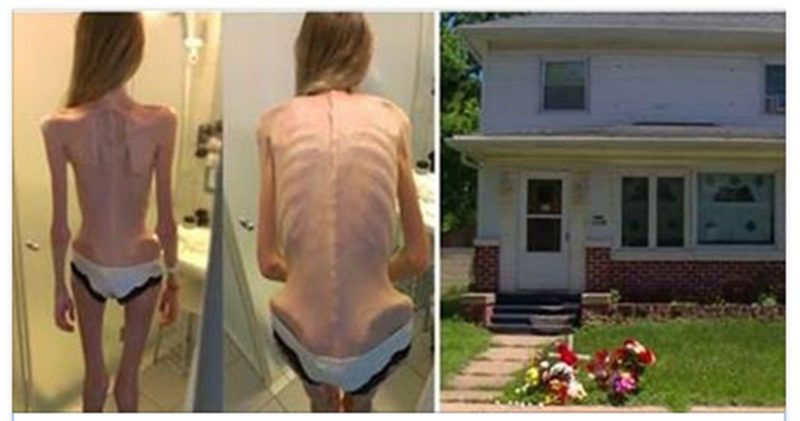 Sabrina Ray died in May at the age of 16. She weighed only 56 pounds. After her death, authorities began investigating and soon, five people were arrested: her adoptive parents, her brother and her grandmother. Her parents, Marc and Misty Ray, had adopted three girls out of foster care, with Sabrina being one of them. They also ran a daycare center out of their home and were out of town on vacation in Florida when Ray died. She was allegedly left in the care of her brother, 21 year-old Justin Ray, who “drop-kicked” her down the basement stairs, where she was left unable to walk, talk, eat or drink.

Also participating in Ray’s torture was her grandmother, 62 year-old Carla Raye Bousman. 20 year-old Josie Bousman, Marc and Misty’s niece, was arrested as well after admitting to holding Sabrina and the two other adopted girls captive and helped withhold food and water from Sabrina.

Other foster children have since come forward to corroborate the abuse that was inflicted upon Sabrina, with at least one former foster child saying that he reported the abuse to the Iowa Department of Human Services. Sabrina was not only prevented from eating, but would also be physically abused. She would eat out of the trash in a desperate attempt to stay alive.

The two other adopted girls have since been hospitalized and another boy has been removed from the Ray home.

What kind of punishment do you think this family deserves?