A 15-year-old punk who robbed and sexually mauled a woman in a nearly deserted commuter train car in Chicago last week was turned in by his own mother, Chicago media reports. 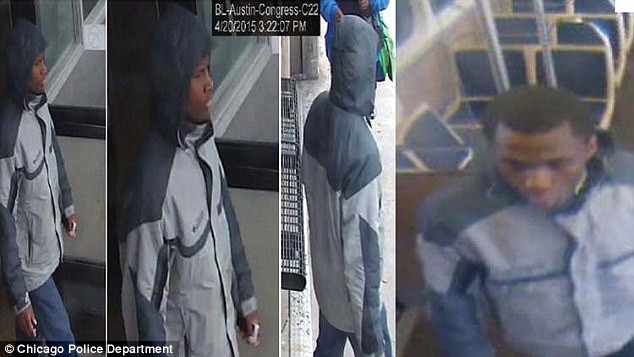 The scumbag kid attacked the woman and stole $2,000 from her. But the teenager’s mother saw the reports of the assault on TV and recognized her son as the criminal from the released surveillance images. She then turned him in to the police.

A 15-year-old boy has been arrested for allegedly robbing, beating and sexually assaulting a woman on a Chicago train after his mother recognized his face on released surveillance images and turned him in to police.

DeShawn Isabelle punched the 41-year-old woman in the head from behind and then dragged her to the ground by pulling on her hair before continuing to punch her in the head and face as she crouched in the fetal position, according to Assistant State’s Attorney Joe DiBella.

Isabelle also stole $2,000 in cash that the woman was going to wire back to her family in Thailand and spent it on junk food, Air Jordan track suits and his graduation fees, DiBella said.

The middle school student was sitting in the otherwise empty carriage when the woman boarded the CTA train in Oak Park on Monday at 3pm, according to the Chicago Tribune.

During the brutal beating, Isabelle put his hands inside the woman’s pants and sexually assaulted her, according to DiBella.

The teen also allegedly groped the woman over her clothes and slapped her buttocks and then sat on her head as he continued to beat her.

Isabelle pinned the woman down with his knees when the train stopped at the next station, prosecutors said.

When no one entered the carriage, he then dragged the woman by her hair to a partially enclosed area and continued to punch, kick and stomp all over the woman’s body as he pushed her face down and demanded money, DiBella said.

Isabelle then stole the woman’s iPhone and got off on the Cicero stop to hop a train heading in the opposite direction, DiBella said the teenager later told authorities.

The woman pushed the car’s emergency button after the train began moving again and was attended to by CTA personnel.

She was left with bruises and cuts all over her body as well as a concussion after the six-minute ride.

Let’s hope authorities throw the book at this creep.