The Drug Dealer Wrote ‘Suck My C***’ To Judge On Facebook, Then The Judge Heard About It….

If this guy had good judgement, he wouldn’t be a criminal. But there’s bad judgement; then there’s having judgement bad enough to insult the judge who gave you lenient treatment[1]. That’s a big mistake… 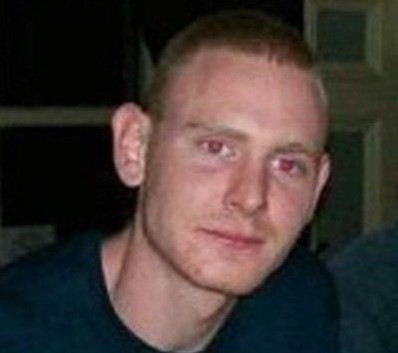 He has now been told to report back at Burnley Crown Court on Tuesday for a review of his sentence.

The original comment has disappeared, to be replaced with an apology: ‘I want to say how sorry I am for what I wrote about Judge Lunt and my sentence.

‘I was very lucky not to be sent to prison. I want to say sorry to Judge Lunt and to anyone else who was upset or offended by my thoughtless post, which I didn’t mean.’

Not everyone was convinced by the retraction, with one friend writing ‘Looks like you have cut and pasted the advice given by your solicitor’ finished with four emoji’s crying with laughter. 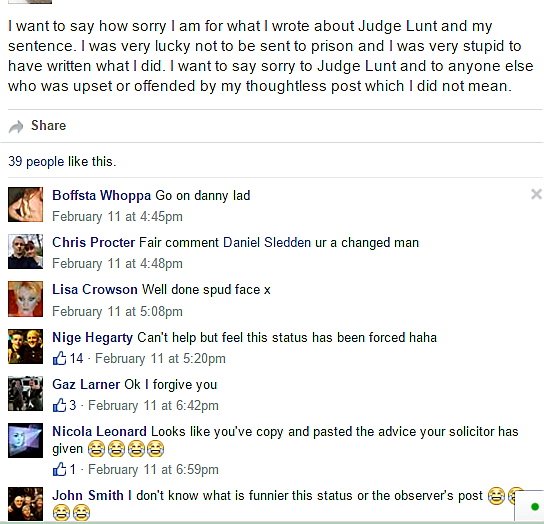 FROM JOHN JEFFAY AT CASCADE NEWS LTD 0161 660 8087 / 07771 957773 [email protected] CASCADE NEWS FOR LANCASHIRE TELEGRAPH.. PIC SHOWS APOLOGY AND COMMENTS ON FACEBOOK PAGE.. .. A cannabis dealer given a suspended sentence is being hauled back to court after posting an obscene message about the judge on Facebook… Just hours after Daniel Sledden walked free from court for selling marijuana the comment about Beverley Lunt appeared from an account in his name… It read: ¿Beverly Lunt go suck my ****. ¿Cannot believe my luck 2 year suspended sentence beats the 3 year jail yes pal!¿

It is understood that Judge Lunt has been made aware of the comments.

Hopefully, this drug dealer will get the jail sentence he deserved in the first place. Maybe it’ll teach him a lesson about dealing drugs AND knowing when to keep his mouth shut.