The Police Take An Hour To Respond To An Armed Robbery, So It’s Lucky The Store Owner Had A .38

You’ll hear advocates of gun control say, “Why do YOU need a gun? Just call the police if you have a problem.”

Of course, by the time the police typically show up, the crime is over. Sometimes, as Dallas store manager Joe Cho found out, the police can show up a VERY LONG TIME AFTER a crime is over[1]. 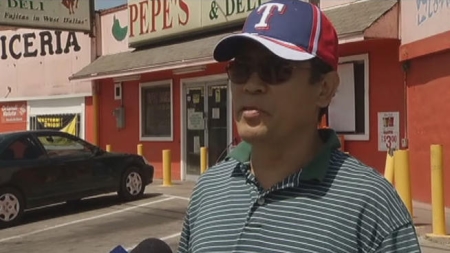 A Dallas store manager was working at Pepe’s Grocery on Sunday night when a group of four armed men attempted to rob the place, according to the Dallas Morning News.

Joe Cho, originally of Korea, has worked at the store for roughly 17 years and saw the intruders demanding employees to turn over the money from the safety of his office.

Without delay, Cho emerged with his .38 caliber revolver and fired at least two shots at the suspects. They immediately fled, and Cho frantically called 911 to report the altercation.

Cho says he stuck around at the store for about twenty minutes and when help never came, he went home.

….According to public records, it was nearly another hour before officers arrived at the scene at 12:15 a.m. Cho said officers called him at home after 1 a.m. and asked him to come back to his store, which he did, despite the fact that he was not at all happy about it.

“I’m at home safe, everything, I relax right now,” Cho said. “Then you call me about an hour something later, you want me to come back over here.”

PS: The police excuse for showing up so late? Cho had a heavy accent. Incidentally, that excuse is pretty unimpressive when you hear the address given clearly by a FRANTIC man who said he was being robbed.