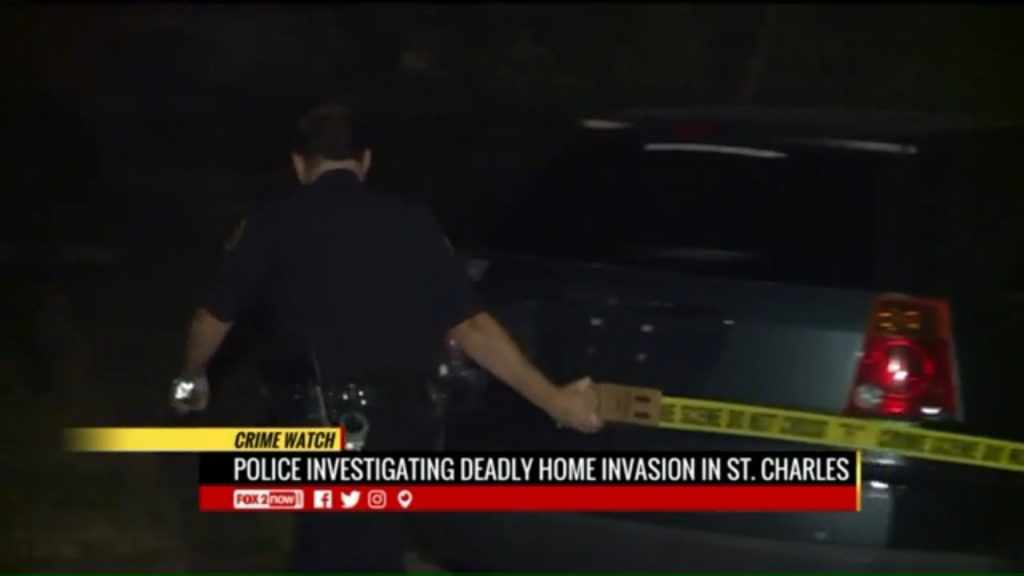 In Missouri this weekend, police responded to a fatal shooting and arrested a woman for the man’s first degree murder.

Karen Reisinger is now in custody after police responded to a call and found Carlton Ford suffering from gun shot wounds at the front entrance of Reisinger’s apartment. Ford, 26, was later taken to a hospital where he was pronounced be dead.

When police questioned Reisinger, 31, she said that Ford entered her apartment holding a gun and she shot him back twice in self-defense with her own handgun. Saturday night was Ford’s second visit to the apartment that day, but Reisinger had not reported the first incident where police believe that Ford was looking for drugs and money. Ford had a firearm and also pepper spray which he sprayed on Reisinger and some of her family members including her daughter. Afterwards, he left having taken drugs and money.

The evening incident started after 5:30 pm, after 5:00 pm sunset. Ford again visited the apartment and knocked. Reisinger’s boyfriend unlocked the front door and that’s when Karen opened fire, with her first shot sending Ford to the ground, shooting again when he was down. At the time, two children ages 4 and 10 were in the apartment, but it is not known whether one or both were Karen’s. The children were unharmed.

Right now, Karen Reisinger’s bond is set at a quarter of a million dollars.

Police are still working on details of the incident and whether drugs or alcohol contributed, with Lieutenant Chad Fisk saying that the children “may have heard some things” and they would like to speak to them. They are currently in the care of other family members.

On Thanksgiving, we wrote about Raquan Moore of North Carolina who started his evening by shooting a man several times, accidentally hitting a nearby occupied vehicle before attempting to rob someone’s home an hour later. The homeowner was in charge of karma that evening and promptly shot Moore[2] while there was still a police search out for him. Moore is currently up for charges including intent to kill, as well as charges of being a felon in possession of a firearm. Last week we also wrote about two would-be robbers who tried to hit a Taco Bell at 2:45 in the morning, with one of the robbers making the fatal mistake[3] of not realizing that three of the employees working the late shift were all carrying concealed.

Here is a video from the local news outlet showing videos of the apartment from just before the names of the people involved were released: