This is a heck of a story[1] and it has a great ending. In Baton Rouge, a female police officer was attempting to arrest a man for drugs when he attacked her. He had his own baton and he was going for her gun. Another woman saw what was happening and called the police from her car. She then got out of her car and proceeded to jump on the back of the thug. The two women subdued the idiot until backup arrived and arrested him. That woman driving by was 56 year-old Vickie Williams-Tillman and the police department gave her a special thank you on Facebook to honor her selfless bravery.

From the Facebook post: “For going above and beyond in that moment to help our officer and possibly save his life we are forever grateful to you Ms. Vickie!” That’s one scrappy woman and she sure has a lot of guts. After being thanked on Facebook, the police department was flooded with comments on her bravery. One said: “You are a true HERO Ms. Williams-Tillman!!” “Thank you, Vickie Williams-Tillman for caring enough to sacrifice your own safety to aid an officer in need! YOU are a hero and a true role model for others!!” said another. I could not agree more.

Things went terribly wrong when a Baton Rouge police officer attempted to arrest a man for drug possession early Sunday morning. During the arrest, alleged criminal Thomas Bennet attacked the officer with his own baton and even grabbed the officer’s gun, attempting to remove it from its holster.

Thankfully, 56-year-old female passerby Vickie Williams-Tillman saw the attack from her car and immediately called police for assistance. Then, risking her own life, Williams-Tillman jumped out of her car and onto the back of Bennet, say Baton Rouge police officials. With the woman’s help, the officer escaped a potentially life-threatening situation and subdued Bennet until back-up officers arrived on the scene.

Later that day, the Baton Rouge Police Department took to Facebook to thank Williams-Tillman for her selfless bravery.

(Williams-Tillman is pictured on the right.)

The guy that attacked the officer is probably a crack addict. Nola.com reported[3] that Bennet was found sleeping in a parked car with cocaine in his possession, as well as drug paraphernalia before the arrest. He’s now facing charges of “aggravated battery, disarming a police officer, resisting an officer with violence, possession of cocaine and possession of drug paraphernalia.” He’s going away for a long, long, long time. Good. According to arrest records, bond has been set for $167,500 for this thug.

Bennet, Williams-Tillman and the officer were taken to the hospital following the incident. They seem to be just fine though. They had minor injuries. For once, there was a happy ending when an officer was attacked. Thanks to a brave woman who didn’t think of her own safety, a police officer’s life was saved. 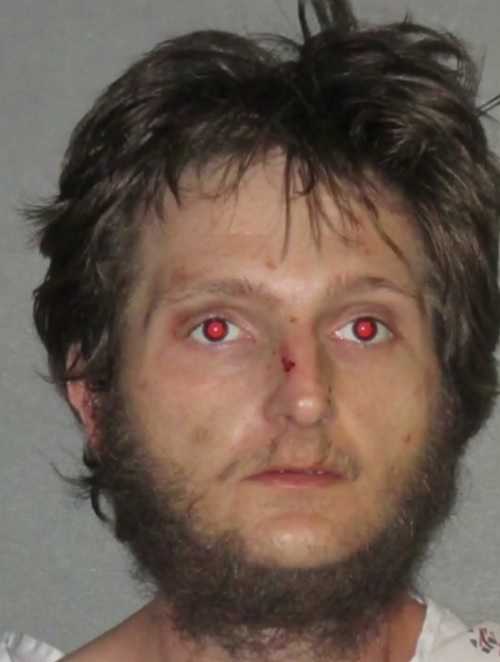