Schools are supposed to be a safe place for children — as are the buses they take to get to school. But sadly, that’s not always the reality. In one situation, a little girl ended up assaulted and a teenager is behind bars. 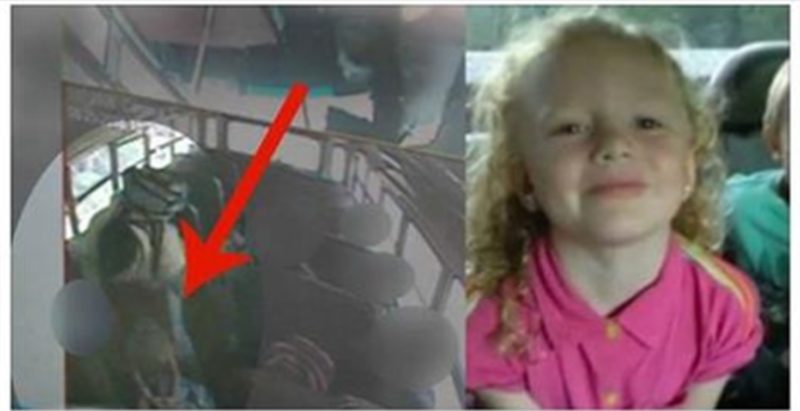 In Bamberg, South Carolina, parents were outraged after video footage was leaked showing a teenager slapping a five year-old girl. The footage quickly went viral and the teenager responsible turned himself in.

In the video, Jazmyn Peters can be seen riding a bus, which was taking her from school to an after school program. A teenager can be seen hitting her and 17 year-old Tavon Walters turned himself in, saying he was the person who slapped Peters. 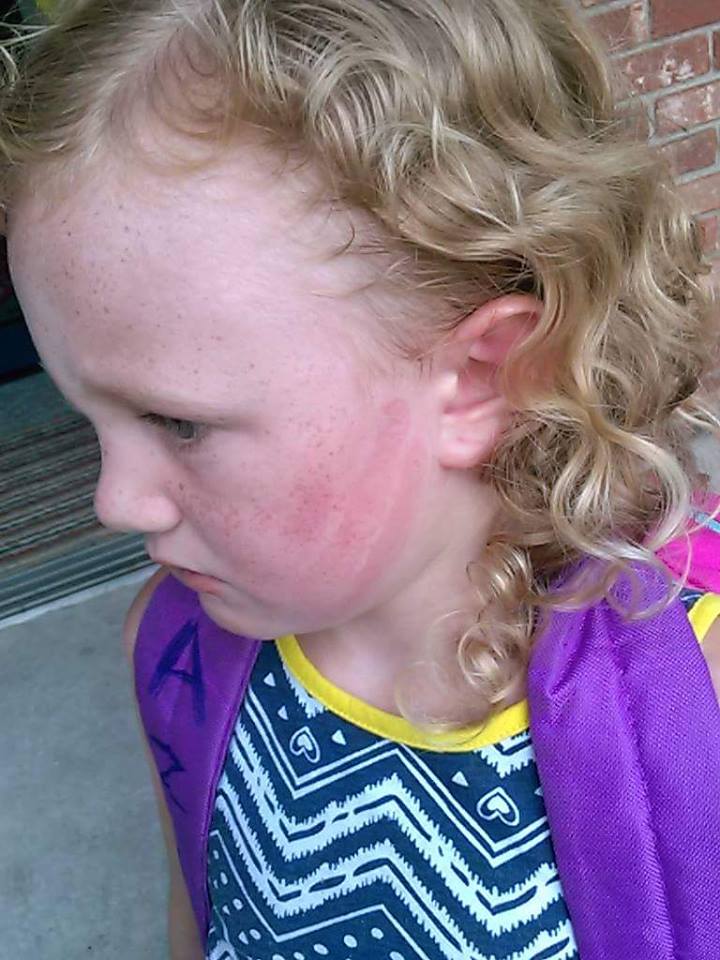 “He had reached over that seat and [told] another girl if you don’t hit her then I’m going to hit her for you,” Terry Peters, Jazmyn’s father said. A photo was posted by Jazmyn’s aunt, Brittany Hubbard Gillam, which showed a red handprint across the girl’s face.

“This pisses me the f off!! This happened to my niece on her bus. She is in 5K she was slapped in the face by a high school boy. Let’s share this!” Gillam wrote when she shared the photo.

It turns out that Walters has a history of criminal behavior, leading some to wonder why he was allowed to be on the same bus as young children to begin with. “This kid has been in trouble at school before no secret, they’re saying he’s on probation, why is it that someone who has a history like that allowed to ride the bus, especially with young students?,” attorney Liz Owens, who represents Jazmyn’s parents, asked school Superintendent Phyllis Schwarting.

Ridiculously, Schwarting answered, “Well, he had not had any bus incidents for one.”

Commenters weren’t buying Schwarting’s excuse, though. “Fire them all. Put the thug in jail and sue the school district for failing to investigate and resolve. My child, my Irish temp would be off the chart and at the point of ‘temporary insanity,’” one person wrote on Facebook.

“As a teacher, these parents need to understand that the school district IS RESPONSIBLE for the safety of the students while on the bus. Of course the [administration] will attempt [any] cowardly action possible to avoid responsibility and will probably hide behind some immunity law, but that won’t hold as long as the parents stay the course. AND, the offending student’s parents are probably [still] legally responsible also under state law. This needs to be pursued,” another person added.

Do you think the school is responsible?