On today’s episode of “You’ll Only Do That Once,” two Maryland men decided to attempt to victimize a local bar owner. The pair of morons walked into the bar brandishing handguns and demanding money from the register.

Little did they know that the bar was hosting a retirement party that night.

For a police officer. 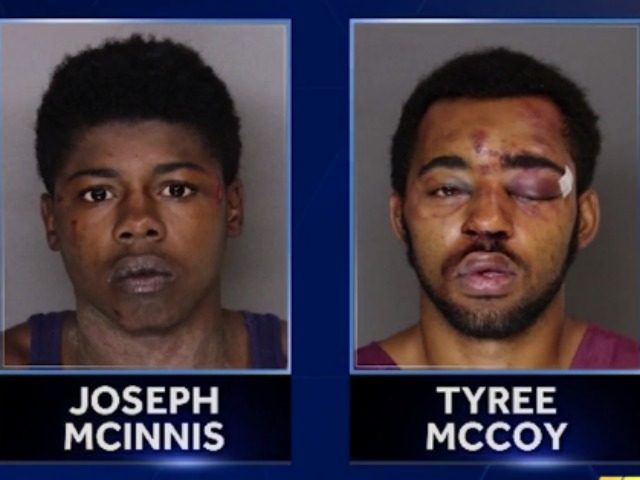 Joseph McInnis III, 21, and Tyree McCoy, 22, marched into Monaghan’s Pub with the intent of taking the money in the cash register and running away with their ill-gotten gains.

Unfortunately for them, that particular night was the retirement party for Sergeant David Neral, who was a 30-year veteran of the Woodlawn police force. This means that the pub was full of cops, who were alerted to the situation by employees of the establishment. They swung into action, following the thugs and arresting them just a few blocks from the site of the robbery.

The owner of the car, Jack Milani[2], thought it was odd that anyone would target the bar given that it is a well-known hangout for officers. “It’s kind of odd you would even attempt it. [Officers] are always in here. There was a decent amount of them.”

Batimore County officer Jennifer Peach told WBAL[3] that she was sure the pair of morons weren’t planning on there being a large room filled with police officers. I’m sure she’s absolutely right, but if it weren’t for bad luck, some people wouldn’t have any luck at all.

McInnis and McCoy are being held at the Baltimore County Detention Center without bond. They have been charged with a a laundry list of crimes including armed robbery, theft and possession of a handgun, as well as other charges.

I laughed so hard at this story, if I’m being honest. This is one of those stories with a happy ending and you all know how much I love those.