Looters.[1] There was a time in this country that they were shot on sight. In Corpus Christi, Texas during the battering of Hurricane Harvey, a man was stupid enough to decide he would loot people’s homes that he mistakenly thought were abandoned. He broke into a home where the owners were still in residence and armed and promptly got shot. Unfortunately, he survived and was rushed to a hospital. Oh well… it wasn’t a total loss, he didn’t get anything and he got a lead souvenir.

Criminals should know better than to mess with Texans. They are the most wonderful people on the face of the earth… until you cross them. Most are armed and well-trained in using a weapon. Many are very good shots. Another looter was shot in Houston as well. I also saw where the police were aggressively looking for and going after looters during the storm. Good for them. Those people are the scum of the earth who take advantage of people when they are most vulnerable. Well, not all of them are easy pickings it would seem. 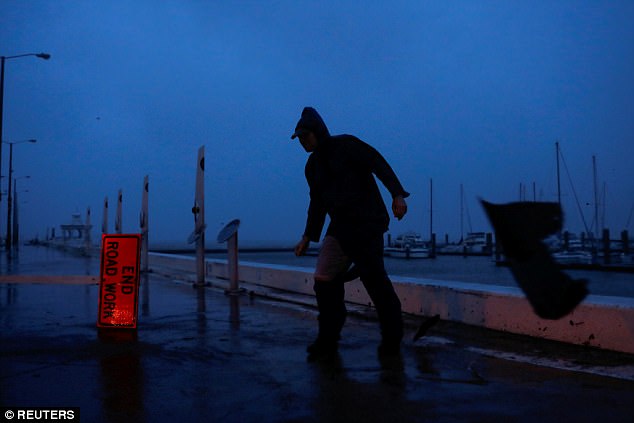 Police in Corpus Christi, Texas reported late Friday that a man was shot during an alleged burglary just as a Category 4 hurricane made landfall nearby.

Police reported that the victim was rushed to hospital with a gunshot wound and ‘was coherent when medics took him.’

The timing could not have possibly been worse since the city and the entire state are just beginning to grapple with what some say could be one of the worst natural disasters ever.

Hurricane Harvey slammed into the Texas coast on Friday as a Category 4 storm, bringing life-threatening winds and the likelihood of catastrophic flooding as the most powerful storm in over a decade hit the mainland United States.

The hurricane made landfall northeast of Corpus Christi around 10pm local time with maximum winds of 130 miles per hour.

The storm is expected to move slowly over the Texas and Louisiana coasts for days, with forecasts for storm surges of up to 13 feet and over 3 feet of rain.

As many as 6 million people were believed to be in Harvey’s path, as is the heart of America’s oil refining operations.

As I was watching coverage of the catastrophe that this storm has become last night, I saw where looters were going after both businesses and homes during the storm. They are as bad as fire ants… looters seem to survive no matter what. Even with a category four hurricane breathing down their necks and then 50 inches of rain flooding everyone out. The looters seem to still be there.

It’s being reported[4] though that there are not many looters – just a handful. A lot of fake stories are spreading that make it seem as if there are a lot of them and there aren’t. Those that are looting stand a good chance of being caught by police or concerned citizens. Police are ready to protect Houston as the waters recede in case more looters get ideas. This is Texas after all, not Chicago.