Yes! Corrupt Democrat Florida Rep. Corrine Brown, 71, was sentenced to five years in prison today for mail, wire and tax fraud involving a sham charity. She actually should have gotten a stiffer prison sentence than that, but I’ll take it. A jury of her peers convicted Brown of stealing money from a bogus charity, One Door For Education. It fraudulently claimed to give scholarships to poor children, but in reality gave money to Brown and her cronies. It’s that ‘other’ way of making money. Federal prosecutors said that Brown and a top aide of hers committed fraud by using donations for lavish parties, expensive trips and shopping excursions. Actual justice for a change and a glimmer of hope.

The aide in question and another official accepted a plea deal and then turned on Brown and testified against her. Oh, that is just too good. This woman served in Congress for almost 25 years. She was finally defeated in the 2016 primary race. Now, we can get rid of her once and for all. I doubt she will be running for office after she gets out. Then again, she’s a Democrat, so… who knows. She also lied on tax forms and congressional documents. Bad corruptocrat… bad. 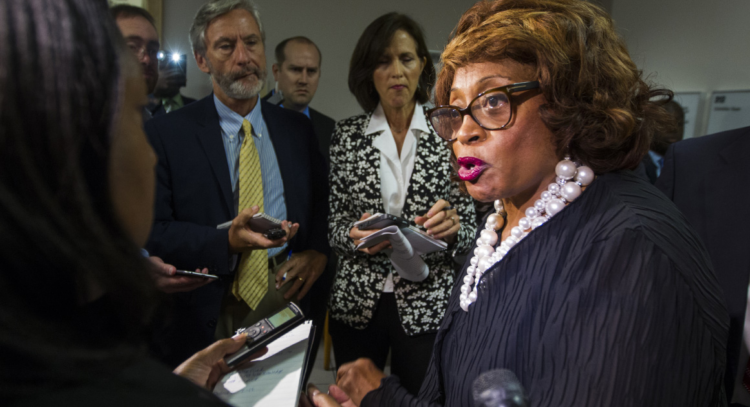 Earlier this year, One Door President Carla Wiley pleaded guilty to one count of conspiracy to commit wire fraud after it was determined that she had deposited $800,000 into the foundation’s account over four years. During that time, they gave two teeny little scholarships for $1,200. Wiley then transferred tens of thousands of dollars to herself. Nice. Now that’s just blatant corruption and so very, deeply stupid.

Brown’s former chief of staff, Elias “Ronnie” Simmons, and the charity’s president pleaded guilty after their federal indictments for misusing the charity’s funds. Then they testified against Brown. Simmons told jurors he was told to take cash and checks and deposit the money into Brown’s personal account dozens of times, according to the AP. And then the blame game began where Brown claimed that she knew nothing and had no idea what went on with One Door’s money. She said Simmons stole it. Uh yeah. The jury didn’t buy it. She was convicted in May on 18 of 22 charges.

Her attorney was seeking probation today and instead Brown got five long years behind bars. The judge called her actions “especially shameless.” “This was a crime born out of entitlement and greed committed to ensure a lifestyle that was beyond their means,” Judge Corrigan said. “Just think of the good that could have been done with that money if it would have been used for its intended purpose.” Wonders never cease. It could have been worse, she could have spent the rest of her miserable life in prison.