A sadistic gang tricked a vulnerable man into believing they were his friends, before torturing him, killing him and dumping his body into a dump, where it was eaten by wild animals. But just how far this abuse went[1] will truly sicken you. 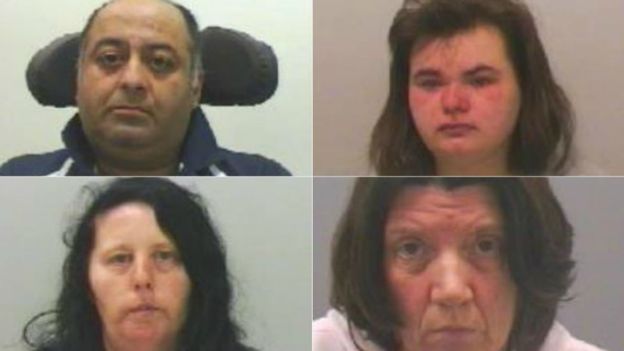 Jimmy Prout, 45, was found by Zahid Zaman, 43, after Zaman searched soup kitchens and the Internet to find someone vulnerable that he could abduct and control. Prout ended up becoming his victim. Prout initially thought that Zaman and a group of four other abusers were his friends, but they quickly turned on him.

Prout was forced to endure multiple indignities, including having his teeth knocked out with a hammer and chisel. He was also forced to have sex with Zaman’s dog, and removed one of his testicles with a knife, before boiling it and forcing Prout to eat it.

Paul Greaney QC, who prosecuted the group, said, “In effect, over a period of time, Jimmy Prout was not just mistreated, he was tortured. In the end, this conduct was to cause the death of Jimmy Prout. Awfully, on one occasion, Jimmy Prout’s scrotum was sliced open and his testicle was removed; he was then forced to eat it.”

While Zaman was the ringleader, other participants included Ann Corbett, Karen Rayworth and Myra Wood. After dumping Prout’s body, the group pretended to search for him, all the while stealing money from his bank account. Rayworth and Corbett even returned to where they dumped Prout’s body so they could recover his bank cards, to make robbing him even easier.

Zaman was jailed for 33 years after being convicted of murder; Corbett was likewise found guilty of murder and sentenced to 27 years. Wood and Rayworth were convicted of “causing or allowing the death of a vulnerable adult” and were sentenced to nine years, 12 years and four months in jail, respectively.

Do you think their sentences were harsh enough?