Transit supervisor saves girl from beating and gets fired 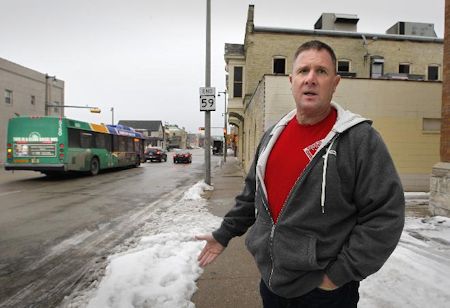 Consider this a rant about the evils of government and unions and following the absolute letter of the rules.

We hope the supervisor gets his job back and gets back pay.

The bus company says he violated the company “workplace violence policy” by rescuing a woman from an abusive boy friend on the street near where he was working on a broken down bus. According to the supervisor he grabbed the man’s hand, and the man punched him twice.

The police later arrested the boyfriend and didn’t arrest the supervisor, he obviously broke up a situation that could have gotten serious and the woman could have been hurt or killed. We would call him a: Good Samaritan[2].

Not in the eyes of Bierman’s bosses.

“You acted outside the scope of your employment as a route supervisor, compromised your own safety and exposed your employer to potential liability and its image and reputation to potential harm,” states Bierman’s Oct. 17 termination letter.

In fact, the situation is likely to lead to litigation.

Only it’s Bierman who is planning to file suit. He has hired an attorney and is looking to sue the county transit system and the company that operates the bus system,: Milwaukee Transport Services, for wrongful termination.

“I guess I’m supposed to act like nothing was happening,” Bierman said in a recent interview. “Don’t be a human. Don’t be a citizen.”

This gentleman deserves his job and a medal.

This post was used with the permission of Joe for America[4].