Good news for fare-beaters on the New York subway system. It has been discovered that enforcing the law against jumping turnstiles disadvantages the poor:

The movement to stop prosecuting subway fare-beaters, announced recently by the Manhattan district attorney and soon to be adopted in Brooklyn, must be expanded citywide, public defenders argue. …

Furthermore, Tina Luongo of Legal Aid proclaims that enforcing the law against turnstile jumping harms people who are in the country illegally. Therefore, such laws must no longer be enforced. 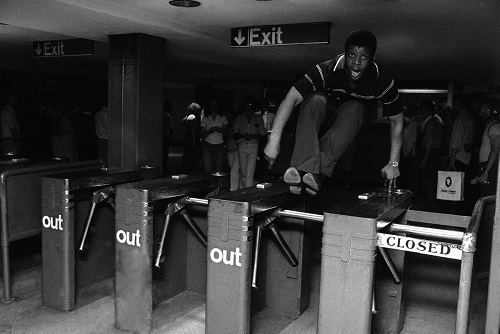 On a tip from Sean C. Cross-posted at Moonbattery[1].