It seems like something out of a horror movie — a trucker with fangs who cuts out the teeth of his sex slaves, who are bound in the back of his truck. But it’s not fiction, it’s real, and it’s exactly what Timothy Jay Vafeades did to who knows how many women. 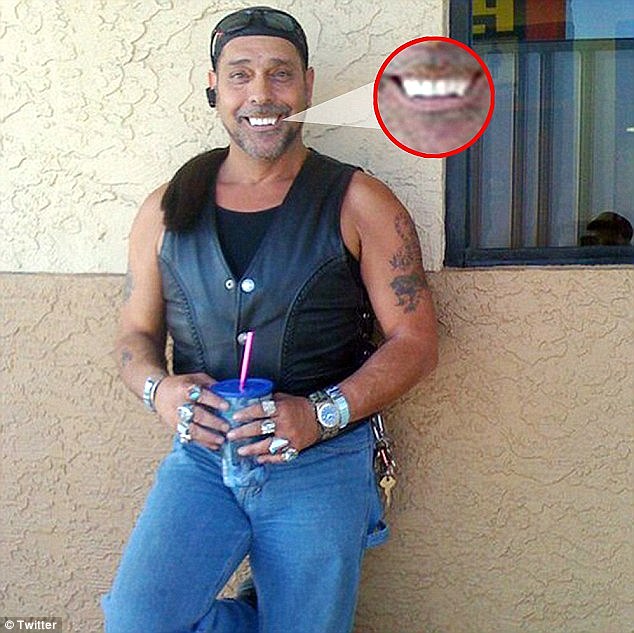 Timothy Jay Vafeades of Salt Lake City, Utah, has already been charged with kidnapping and abusing two women, one a relative, after he allegedly forced them to travel around the country in his truck while repeatedly having sex with him against their will.

Vafeades, who wears fangs, named his truck the ‘Twilight Express,’ most likely in reference to the popular vampire series.

Now, four more woman have been identified as victims of the same alleged assaults.

These new victims are making allegations very much similar to the two previous women, saying Vafeades, 54, took their cell phones and identification cards, forced them to shower and sleep naked with him, and beat them repeatedly while sexually assaulting them on a daily basis.

Three of the victims also claim he used a Dremel power tool to grind off their teeth, and one alleges he took an X-acto knife to remove her teeth so she could wear false teeth.

He also cut and dyed their hair and forced one woman to marry him.

… According to the Salt Lake Tribune, Vasfeades’ attorney is trying to have almost all of this evidence thrown out as he claims his client was unlawfully detained when officers first picked him up during a traffic stop in Minnesota.

It was during that stop that officers discovered his first victim, a 19-year-old relative of the man, that they claim was bruised and battered.

Shortly after he was arrested, a second woman came forward with similar claims.

So despite the multiple witnesses coming forward, his attorney is going to try to get him to go free because he was “unlawfully detained”? If there’s anyone who shouldn’t be free to roam the streets, it’s this guy.