Donnie Rowe and Ricky Dubose[1], two convicts from Georgia who killed two prison guards on a prison bus to escape, were apprehended after a long chase. After killing the guards, they stole several vehicles and wound up in Christiana, Tennessee, where the multi-state manhunt eventually ended. They broke into an elderly couple’s home in Shelbyville and held them at gunpoint. They tied them up with belts, ate their beef stew and then stole their Jeep. They then tried to steal another car at a different home that was off the beaten path, but that homeowner was ready for them. He had a gun and held both of them there until the police arrived to take them into custody.

These two asshats are stone cold killers and didn’t expect to survive their escape. Unfortunately, they did. Both are covered all over with prison and/or gang tattoos. They will most likely get the death penalty over this, so they are going to not survive after all… I just wish it were quicker. They deserve to rot in hell as fast as possible. 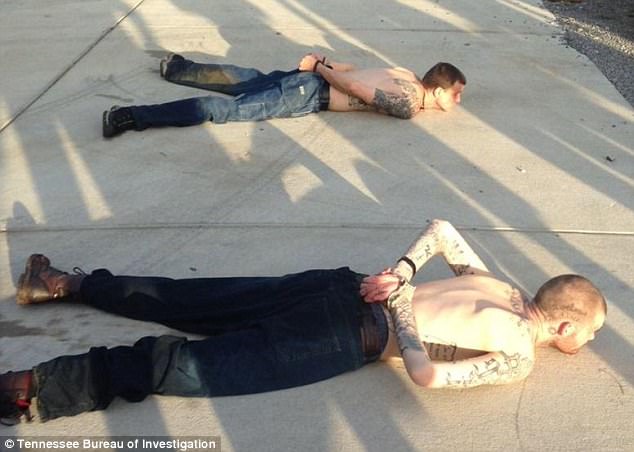 Two escaped inmates sought in the killings of two guards on a Georgia prison bus were captured after a chase and being held at gunpoint by a rural Tennessee homeowner whose vehicle they were trying to steal, authorities said.

Donnie Rowe, 43, and Ricky Dubose, 24, were apprehended Thursday in the rural community of Christiana, Tennessee, ending a multi-state manhunt that began Tuesday morning.

‘True bravery is what’s caused us to stand before you tonight to talk about a successful capture instead of a tragic incident,’ Tennessee Bureau of Investigation Director Mark Gwyn said at a news conference. ‘So I’m totally grateful to everyone involved.’

Earlier in the day, police in nearby Shelbyville had responded to a call about a home invasion, where a couple had been held captive, Georgia Bureau of Investigation spokeswoman Nelly Miles said.

The suspects fled in the couple’s vehicle and fired on sheriff’s deputies chasing them on Interstate 24 about 50 miles southeast of Nashville, Tennessee, Highway Patrol spokesman Lt. Bill Miller said. Rutherford County Sheriff Michael Fitzhugh said his deputies did not return fire and none of them was injured.

Georgia Department of Corrections Commissioner Greg Dozier said in a news release that he was relieved the two inmates were captured and no longer posed a threat to the public. “They will be brought to justice swiftly for their heinous crime against our officers,” he said. He also expressed gratitude to all of the law enforcement officers who provided support and assistance in the search for the two men. Police officers take it very personally when you kill one of their own.

The two men had been on the run since early Tuesday, when they killed Sgt. Christopher Monica and Sgt. Curtis Billue. The killers overpowered and disarmed the guards on a bus about 6:45 am Tuesday as 33 inmates were being driven between prisons. One of them fatally shot both guards and then they jumped out of the bus and carjacked a driver who happened to pull up behind them on state Highway 16 in Putnam County, southeast of Atlanta, authorities said. The two inmates then fled in the stolen Honda Civic and drove about 25 miles north to Madison, where they ransacked a home, stealing food and clothes and left their prison uniforms behind around 10:30 am Tuesday. Late Tuesday night, about 12 hours after the home burglary, the pair stole a Ford pickup truck from a rock quarry about 9 miles from the burglarized home and then the trail went cold.

These guys were armed and dangerous. They managed to go a long way before getting caught. If that homeowner hadn’t been as brave as he was, they could still be running and killing. He deserves a medal and I know the police are very grateful to him. 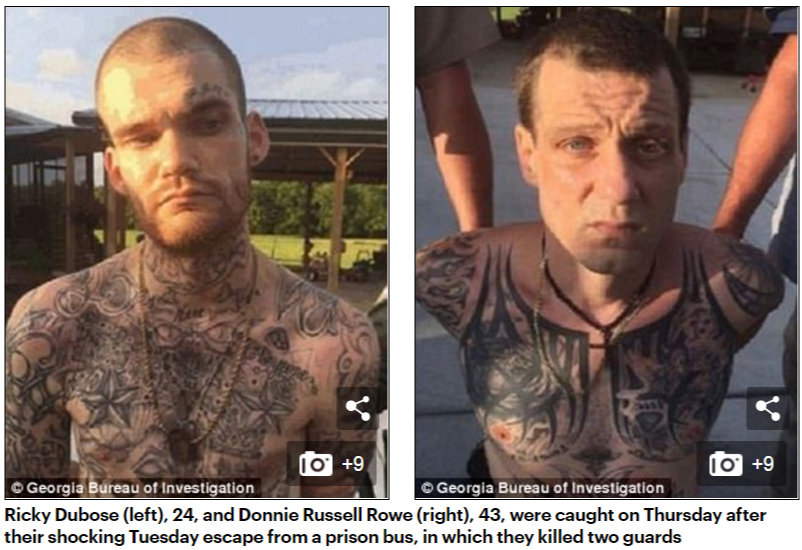 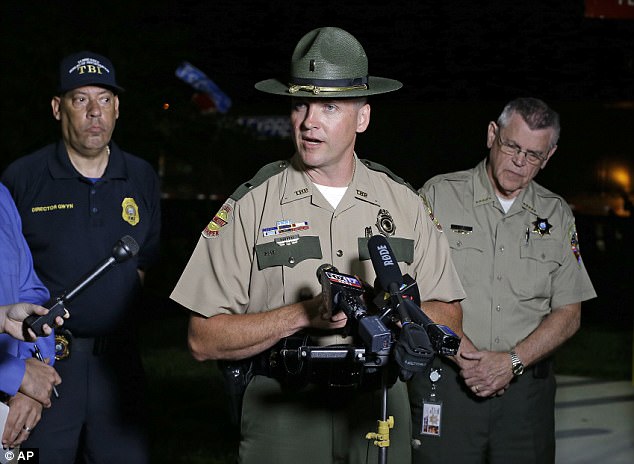 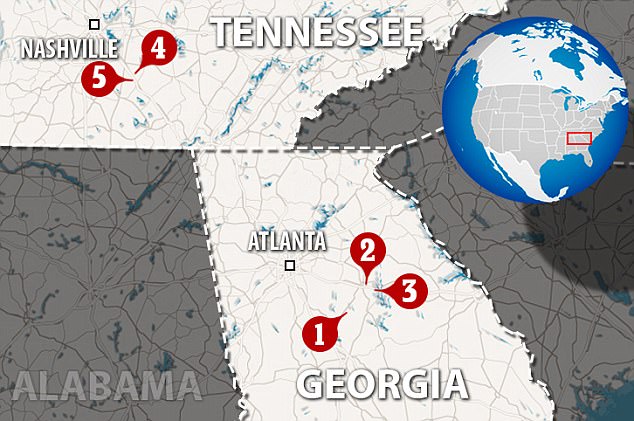