Wow, this is interesting. In a close vote the state of Utah’s House of Representatives just passed a law that OKays the use of a firing squad as one choice to execute death row convicts. 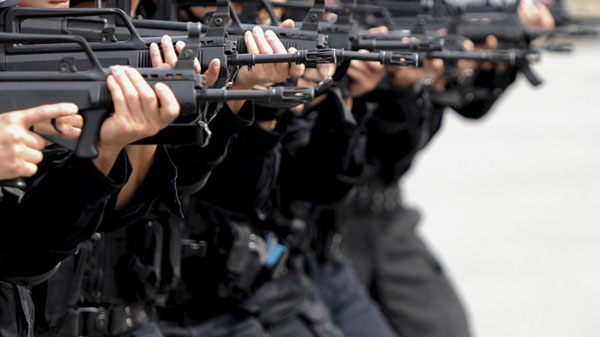 The Representative who introduced the bill says that the firing squad is quicker and more humane than other methods.

A hotly contested proposal that resurrects Utah’s use of firing squads to carry out executions narrowly passed a key vote Friday in the state’s Legislature after three missing lawmakers were summoned to break a tie vote.

The Republican-controlled House of Representatives voted 39-34 Friday morning to approve the measure, sending it to an uncertain fate in the state’s GOP-controlled Senate. Leaders in that chamber have thus far declined to say if they’ll support it, and Utah’s Republican Gov. Gary Herbert won’t say if he’ll sign it.

Senate President Wayne Niederhauser, a Republican from Sandy, again declined to tell reporters on Friday if he’d support it.

Rep. Paul Ray, a Republican from Clearfield who is sponsoring the measure, said after the vote Friday that he thinks it will be just as close in the Senate, and he hasn’t started trying to press his case in that chamber.

Interesting. We’ll see what happens in the state’s senate.