Former Vanderbilt football player, Brandon Vandenburg, might be the only person who wishes he could be the rapist swimmer Brock Allen Turner. Both were convicted of rape related crimes. Vandenburg is sentenced to 15-20 years[1]. Brock Turner only got 3-6 months. 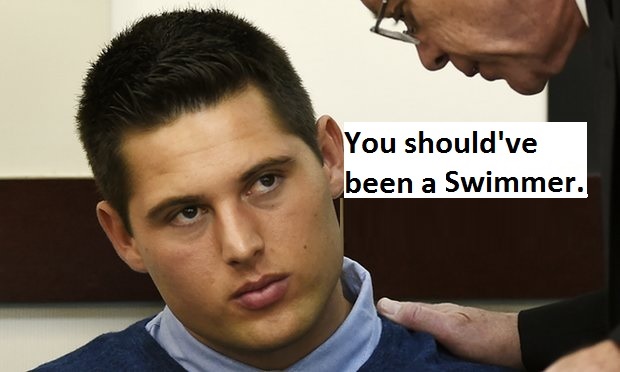 Vandenburg now faces 15 to 20 years in prison for the 2013 rape of an unconscious student he was dating at the time.

Vandenburg was convicted of more crimes than Brock Allen Turner, but the discrepancy in their sentencing is extremely bizarre. Rape is a hurtful crime that usually requires a strict punishment. In this case, we see that punishment delivered. The Stanford swimmer barely got any jail time, but the former football player from Vanderbilt who orchestrated a gang rape will spend the next 15-20 in the slammer.