Sometimes I wonder[1] at people’s capacity to look at the obvious and not be able to reach a conclusion. In Chicago (so not surprised), a 19 year-old murderer, Antwan C. Jones, who shot at five rival gangbangers and took out an innocent 11 year-old girl, sat and snoozed while awaiting bond. A 24 year-old murderer, Renard Williams, for no apparent reason walked over and started wailing on the other guy, ruining a perfectly good nap. Authorities say they don’t know of any connection between the two and have no idea why the one scum bag punched the other dirt bag. They think it could be because the community was so upset over the little girl’s death. That could be… but it is much more likely this is gang related. You don’t see many of these thugs crying over spilled blood unless it’s one of their brothers-in-arms.

A jailer pulled Williams off of Jones before too much damage could be done. But I’m sure there will be a rematch as they both work their way into the system. Jones was shaken by the attack, but not terribly hurt and refused to press charges.

11 year-old Takiya was sitting in the backseat of a van when shots rang out on Saturday night. She was struck in the head by Jones’ bullet and died in the hospital on Tuesday. Another young beautiful child gone too soon because of vicious thugs on the loose in Chicago. Detectives said Jones turned himself in after the police interviewed witnesses who were captured in a video they obtained of the shooting. 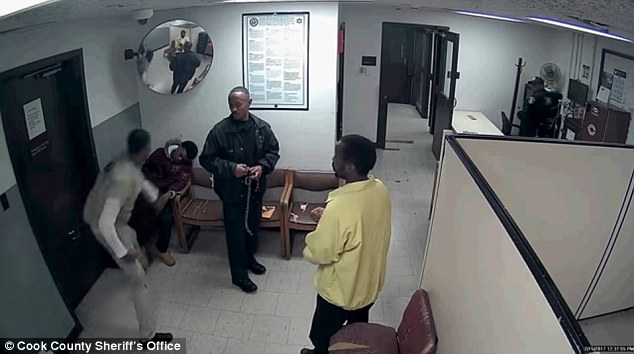 A 19-year-old man charged with first-degree murder in the death of an 11-year-old girl who was shot in the head was beaten at the courthouse by another alleged murderer.

Antwan C. Jones, who was charged with the shooting of Takiya Holmes, was sitting in Leighton Criminal Courthouse in Chicago on Wednesday.

Surveillance video appeared to show him taking a nap while awaiting a bond hearing, when another prisoner, Renard Williams, 24, suddenly ran over to him and began pummeling the suspect with his fists. Surveillance video captured the odd scene.

Jailers said they had no idea why Williams took it upon himself to beat Jones, as they know of no connection between the two or between Williams and Holmes.

However, the community in general was outraged by the shooting of the little girl, which happened when Williams allegedly opened fire on rival gang members, and helped police identify the suspect.

However, it’s not even known if Williams knew who the sleeping prisoner was.

‘We don’t know one way or the other,’ said said Cara Smith, chief policy officer for Cook County Sheriff Tom Dart, who runs the jail, according to DNAInfo[3].

Andrew Holmes, Takiya’s cousin, is an anti-violence activist. He appealed to people in the area to track down the gunman. Because the child was so young, that also prompted people to step forward. Her grandmother told the Chicago Sun Times: “I hope it’s the correct person and I’m hoping justice is served. If it’s the right person I want him to be punished to the fullest.” Takiya died in her mother’s arms on Tuesday morning when they were forced to take her off life support.

Takiya never regained consciousness after being shot Saturday in Chicago’s Greater Grand Crossing neighborhood. The family donated her organs to help others. They said Takiya would have wanted that.

Takiya was shot around 7:40 pm on Saturday as she sat in the backseat of her mother’s minivan with her younger brother. Her mother pulled up to a dry cleaner where she works to talk to a coworker. As soon as the woman put the car into park, shots rang out. Police say Jones was shooting at rival gang members over drug selling territory. When the bullets stopped, the stunned mother turned in horror to find her daughter shot in the head. Takiya was one of at least three children shot in Chicago in recent days. 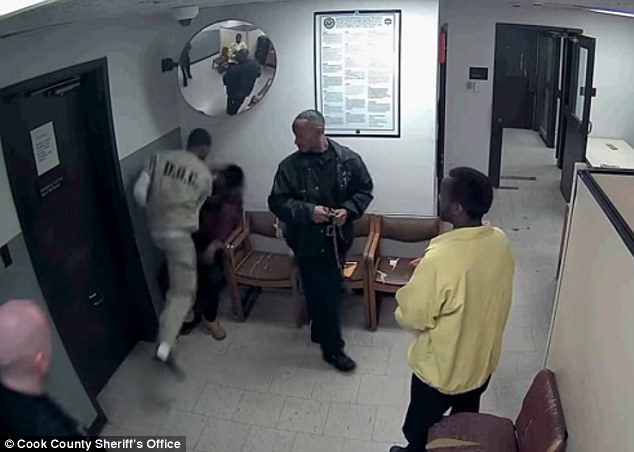 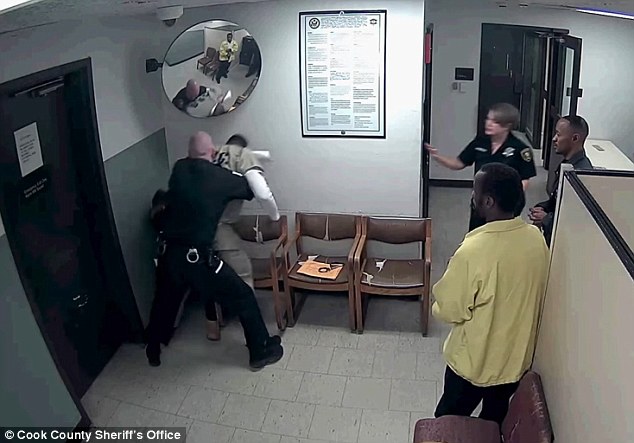 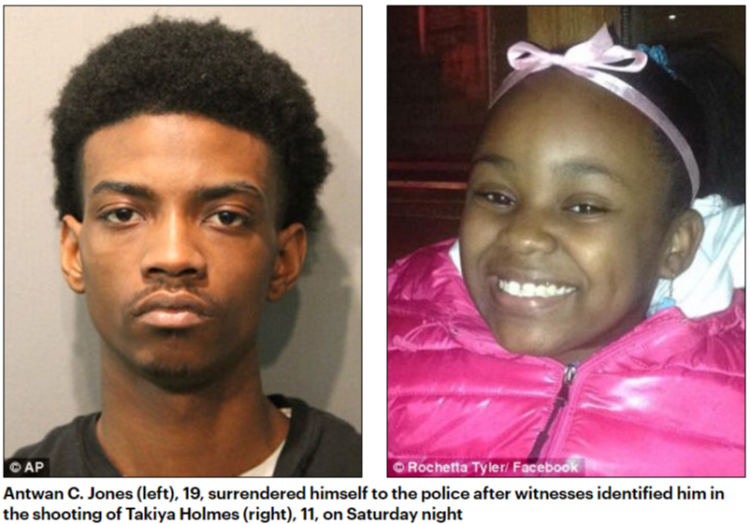