VIDEO: Cleveland ‘House of Horrors’ Survivors Detail Their Decades of Abuse and How Ariel Castro Raped Them Up to Five Times a Day – The Only Time They Were Released From Their Chains

The story of the three women kidnapped by Ariel Castro and held for years in his Cleveland “house of horrors” has already kept most Americans shocked and horrified. But now, the survivors are speaking out, and the new details of their enslavement will bring the horror to a whole new level. 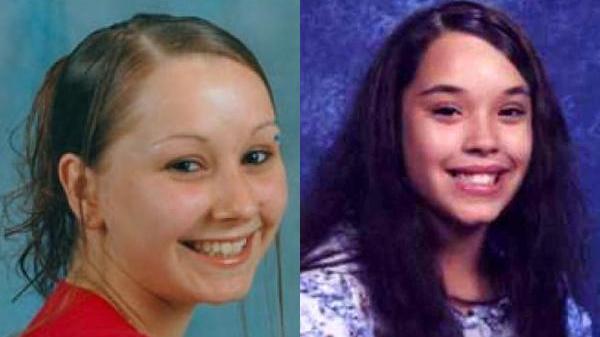 Gina DeJesus described the first time that Castro raped her after she was abducted in Cleveland, Ohio in 2004 at the age of 14, according to the book seen by Daily Mail Online.

Gina, now 25, recalled: ‘He seems angry, like he wants to hurt me as much as he can. I’m screaming and crying and beating him back, but it’s useless.

‘I’m crying and bleeding. I’ve been terrified he would do this. … I want to die. I try to cover myself with my clothes.

”’We gotta celebrate!’ he says, standing up and pulling his pants back on. ‘That was your first time!'”

Both Gina and fellow survivor, Amanda Berry, said Castro raped them up to five times a day, forcing them to tell him they ‘want it, love it’ and that he was ‘sexy’.

In one of the diary-like entries in the 300-page book, Amanda described how, a day after she was abducted, Castro forced her to shower with him and then locked her to a pole in the basement with chains around her stomach. It was her 17th birthday.

He then moved her to an upstairs bedroom and chained her to a radiator, adding zip ties along with the rusty chain.

Castro placed a tall, beige trash can next to the bed so that Amanda could use it as a ‘bathroom’.

Her only food was cold McDonald’s or Burger King which he brought once a day. She recalled: ‘After I finish eating, he tells me to strip, and he does it again.’

She described how he keeps a mannequin with a black wig and a red, fishnet vest.

The teenager initially kept count of the rapes in her diary, writing in an April 27 entry: ‘It’s Sunday. I’ve been gone six days. And so far he’s raped me at least twenty-five times.’

She described how he slobbered on her face and was ‘obsessed with my breasts’ telling the teenager: ‘These boobs are mine.’

Amanda wrote how she took pictures from her purse and stuck them using gum onto part of cereal box, carefully ripped into a frame.

‘When he is doing horrible things to my body, I look at my mum’s face. I imagine her laughing….I look into her eyes and lose myself in her. And my mom and I get through it.’

The fact that these women were able to not only survive this, but to escape with at least some vestige of sanity left in tact shows how strong they truly must be. As for Ariel Castro, at least that monster has gone where he can’t torture anyone ever again.